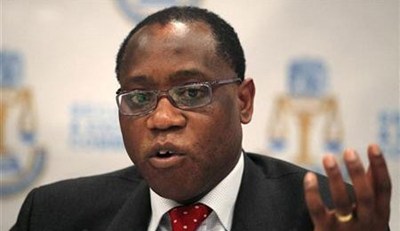 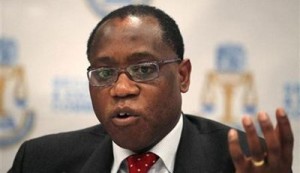 The Federal Government has reassured Nigerians of its commitment towards ensuring that the cost of governance in the country is reduced in order to boost efficiency in service delivery.

The Federal Government said it is already working on how to reduce the cost of governance by reducing the number of government agencies in the country.

The Minister of Industry, Trade and Investment, Mr. Olusegun Aganga, who gave the assurance while speaking at the on-going Industrial Training Fund (ITF) 19th Biennial Training Conference on Skills Acquisition and Job Creation in Calabar, noted that government was resolute about the implementation of its industrialization policies as stipulated in the National Industrial Revolution Plan (NIRP).

Mr. Aganga stated that the Federal Government had no plan to create a new agency for industrialisation as being reported in some sections of the media but was considering transforming an existing agency under the supervision of the ministry (with a related mandate) to drive the implementation of its industrialisation policies, in line with an agreement reached at a stakeholders’ meeting on the NIRP about two months ago.

“So what we proposed at a stakeholders’ meeting on the NIRP, held two months ago, was to transform an existing agency within the ministry to drive the implementation of our industrial revolution plan. It is important that we put statements in the right context so as not to misinform the public as distinguished ‘ambassadors’ of Nigeria”, he said

He also disclosed that the Federal Government has finalised plans to create three new automobile clusters and training centres in Lagos, Anambra and Kano states as part of the NIRP and the nation’s Industrial Skills Development Programme.

“As part of our National Industrial Skills Development Programme and the NIRP, the ITF is collaborating with Brazil to develop three automobile training centres and clusters across the country that will meet international standards”, he further stated.

The minister also re-affirmed the commitment of President Goodluck Jonathan’s administration towards tackling unemployment through the implementation of an integrated, industrial skills and manpower development programme.

“For us to successfully diversify our economy, create jobs and generate wealth for our country, industrialization remains our only hope for the future. In order to achieve this, we need to build strong institutions to drive our industrialization process just as it was done in other industrialized countries”, he stressed.

The Minister said his Ministry was working with the ITF and the private sector to bridge the skills and manpower gaps across critical sectors of the nation’s economy by providing specialized training for Nigerians, adding that the initiative would help reduce youth unemployment across the country.

Also speaking at the event, the Governor of Cross River State, Senator Liyel Imoke, said the introduction and implementation of the national industrial development programme by the Ministry, had helped to re-invigorate the spirit of entrepreneurship in the state.

In his words, “It is a sad reality that most of our youths are currently dislocated economically by unemployment. However, we want to commend the Minister of Industry, Trade and Investment, Mr. Olusegun Aganga, for introducing the National Industrial Skills Development Programme, which has helped to re-invigorate the spirit of entrepreneurship in our state”.

Lending credence to this, President of the Manufacturers Association of Nigeria (MAN), Chief Kola Jamodu, observed that the manufacturing sector was very delighted and fortunate to have Mr. Aganga, as the minister in charge of industrial sector of the  Nigerian economy.

“We call him the friend of manufacturers because of his genuine  passion, commitment and policies  aimed at addressing the major challenges facing the sector. We cannot achieve any meaningful economic growth and development in this country without a vibrant manufacturing sector”, he further noted.