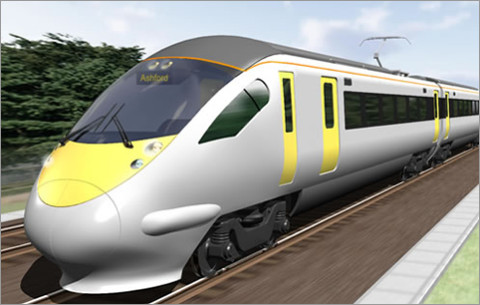 The All Progressives Congress Presidential Campaign Organisation (APCPCO), has described as a hoax claims by President Jonathan’s government that a high speed Abuja-Lagos rail service will commence running in three years time.

The APCPCO said in a statement by its Director of Media and Publicity, Malam Garba Shehu that though the envisaged Lagos-Abuja line as proposed by the Minister of Transport is most desirable, and would provide an alternative means of travel between the federal capital city and Lagos, it is the height of irresponsibility for a senior member of government to tell such outlandish lies and give false hope for cheap political points.

Shehu disclosed that a PPP agreement to build and operate a rail line takes at least two years to negotiate and bring to financial closure, adding the Jonathan government has not even started negotiations with anybody yet on the project.

“Before they can start construction, they will need to secure the right of way and pay land compensation along that corridor. This could take years to accomplish.

“Then they will have to construct the line. But a look at the government’s record only confirms that this is nothing but a pipe dream. Just 186km Abuja to Kaduna, an ordinary standard gauge line has taken six years to construct and it is not even finished yet regardless of their false claims of completion.

“Rehabilitation of existing rail lines which they promised would take 10 months took them four years and they are still not finished yet.

“Is it then 600km of electrified rail tracks that they can build in three years?

“Then they have to order the rolling stock and operations equipment. These are not off the shelf items. They will need to be manufactured over say another two years.

“A high speed rail line means electric trains, so they will need a dedicated IPP with transmission and distribution. When will that come together? What about the gas supply and infrastructure or they will import more expensive diesel?

“So how are they going to build a 600km electrified high speed line and put it into operation in just three years?”It is either the Minister does not know what he is talking about or he is deceiving Nigerians. He even had the cheek to say, “It is not a question of story” except it is. It is a hoax and Nigerians need to be worried about a lying government that is incompetent and dishonest.

“The government should stop misleading the people. The people deserve a more responsible government.”