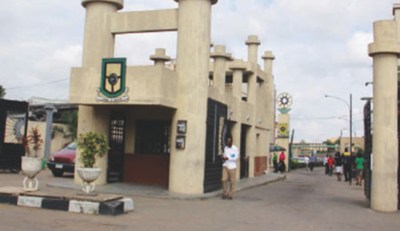 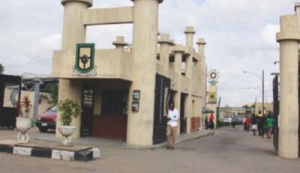 The ground floor of the 4-storey Art building, Yaba College of Technology (YABATECH), Yaba area of Lagos, Nigeria has been gutted by fire.

The fire started around 10:00 am on Saturday and before officials of the Lagos State Fire Service could put out the fire, the first floor of the building has been burnt as valuables worth millions of naira were lost in the inferno.

It was not clear what led to the fire, but unconfirmed source says it may be as a result of excessive heat emanating from the stored materials on the ground floor of the building.

Director, Lagos State Fire Service, Rasak Fadipe confirmed that the fire gutted the ground floor of the Art building, saying that the underground of the building was stored with large volume of stationeries.

He said the fire services received distressed call from the school and that his men were very prompt in arriving at the scene, which was the reason why the damage was minimal.

Fadipe added that the school’s in-house fire service began the process of putting out the fire but that when it was beyond them, they called the fire service around 10:38 am after the monthly environmental sanitation exercise.

He stated that when the fire service officers got to the scene, they had to break part of the building to gain access to the fire and were able to put it out in 50 minutes.