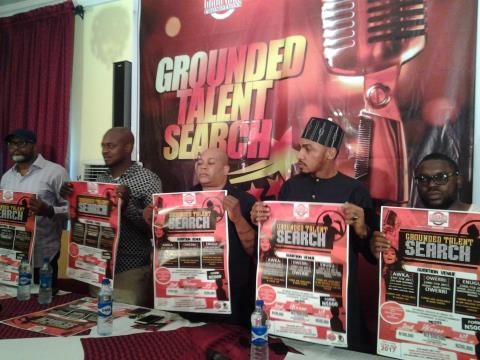 Chief Executive officer, (CEO) of the organisation, Mr. Ebigbo Emeka Stanley, fondly called Bond, who briefed some selected online and conventional media representatives in Enugu Sunday, disclosed that the talent search will be for Anambra, Imo and Enugu, in the first instance, while subsequent years
would cover the entire states of the zone.

Unveiling the exercise formally, the Grounded promotions boss, said that he was motivated to embark on the project of discovering talents and providing platforms for them to excel because over the years, having grown up in Enugu before his foray outside the country, he discovered that the state and indeed, South East has a lot of talented young people who do not have opportunities and platforms to blossom.

Ebigbo, who declared that South- East remains a huge market for young budding talents, called on the youths of the zone  to take advantage of the promotion to sell themselves and become the next music star such as Phino, Flavour, illbliss, J. Martins and Mr. Raw among others.

He disclosed that expression of interest form is N5,000 while auditions will take place at Awka, Owerri and Enugu, adding that the grand finale where the final selection will be made will also hold in Enugu, on a yet to be fixed date.

He said: “Whether you are a 1st runner up or a 2nd runner up, if you enroll with us and when people start hearing the kind of sound that will be coming up from the runner up, they will know that these people are not joking because we are really, serious, and we have been on this for a long time.

“There are so many things to benefit from the platform, the exposure, it is not going to end here, I’m sure Lagos and even outside Nigeria you are going to hear about who they are.

Some of the partners in the project, are; famous musician, illbliss (Oga Boss), the CEO Mr. Nigeria Entertainment, Nani Boi; and the CEO of Big and Small Entertainment, Jeff Ohaka.

They all pledged their commitment in making the project a huge success and transparent, hinting that some judges, top level producers and directors would be brought from Lagos to be part of the audition exercise, “adding that they are going to be professionals.

Meanwhile, the exercise for Awka, Anambra state has been slated for 21st February 2017, Owerri, Imo state, 22nd, while that of Enugu will be on 23rd of February.