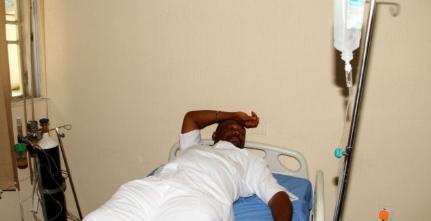 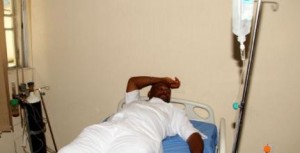 Leader of the Rivers House of Assembly, Chidi Lloyd

The Leader of the Rivers House of Assembly, Chidi Lloyd, has
denied that the leadership of the house has been impeached
saying an attempt by five members of the house opposed to
Governor Chibuike Amaechi to remove the speaker was foiled.

Hon. Llyod said the five members loyal to the Felix Obuah-led
faction of the PDP came with thugs to invade the house and
announced that the speaker had been impeached.

Meanwhile, Senator Magnus Abe representing Rivers South-East in
the National Assembly, has described the attack on the Speaker,
Rivers State House of Assembly, Otelemaba Amachree and Leader,
Chidi Lloyd under the watchful eyes of the police as a shame and
slap on democracy.

He urged lovers of democracy and Nigerians to not only condemn
the dastard and barbaric act but resist moves being orchestrated by
those under democratic oath to make the state ungovernable.

Senator Abe was reacting to the incident in the House of Assembly
where five members on a mission to impeach House Officers
resulted to physical attacks, injuring the Speaker, Leader and other
members before the House could sit formally.

Senator Abe maintained that plans to throw the state into anarchy
will not succeed and urged well-meaning Rivers people to stand by
Governor Amaechi whom he said was being persecuted for
defending the state.