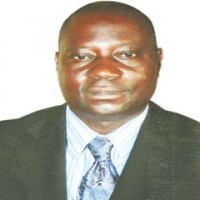 The erstwhile Commissioner died early on Tuesday morning at his residence in Akure, Ondo State.

Reports say he woke up early this morning with no sign of illness. The cause of his death is yet to be ascertained at the time of filing this report.

His remains have deposited at the morgue of First Mercy Hospital, Akure

He was 54 years old and survived by his wife and two sons.