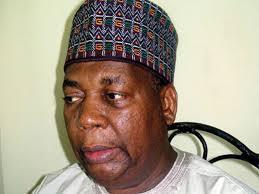 Former Plateau State Chairman of the People’s Democratic Party (PDP), Chief Jethro Akun has declared his intention to contest the governorship seat of the State in 2015 gubernatorial election.

He made his intention known on Thursday in a chat with journalists in Jos, saying there was no zoning for the State governorship seat.

Chief Akun who hails from Bokkos Local Government Area, in the Central Senatorial District of the State, was the Deputy Governor during Late Michael Botmang’s administration.

He expressed hope of emerging the State party gubernatorial candidate during its primary, affirming that he was capable of continuing in the same strides of the present administration.

The PDP Chieftain dispelled speculation relating to zoning of the gubernatorial position in the State which started since 1979, stressing, “Everyone from all parts of the State has the right to aspire and this is a constitutional guarantee; there has never been a meeting in which the three zones have discussed and agreed to anything on the zoning.