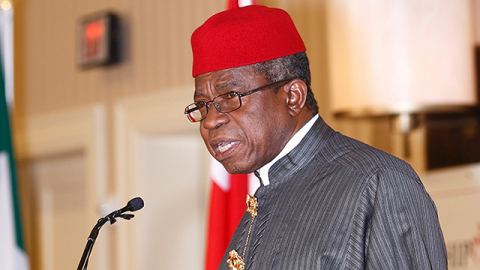 Madueke, also once Minister of Transport died late Wednesday in an Abuja Hospital.

The Late politician who served at various capacities between 1999 and 2007 – during former President Olusegun Obasanjo regime died at age 71.

He was until his death Wednesday night Secretary of the PDP BoT.

Chief Madueke’s regime as a Transport Minister was reputed for campaign on return to bicycle (Keke) riding as way of managing traffic flow in the country’s urban centres as well as for alternative body therapy.