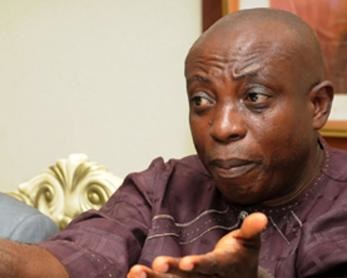 At least four persons were allegedly shot dead Monday in the commercial city of Onitsha, Anambra state, when members of the Movement for the Actualization of the Sovereign State of Biafra, MASSOB clashed with a joint security team. 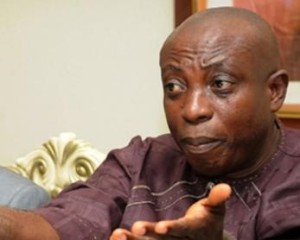 But Chief Ralph Uwazuruike, leader of MASSOB, who spoke through the Director for Information, Uchenna Madu had alleged that the recent killing of their members by the joint security patrol teams may not be unconnected with their earlier stand that the movement will not support All Progressives Grand Alliance, APGA ahead of Saturday governorship election in Anambra state.

The group, disclosed that the incident occurred in the early hours of Monday when a joint team of army, police and men of the Department of State Security Services, DSS stormed MASSOB headquarters along Onitsha-Owerri road and allegedly opened fire on their members which resulted to the death of four persons while scores sustained various degrees of gunshot wounds.

Madu, also disclosed that during the clash, over 87 persons were critically injured and were denied medical attention because of lack of police medical permit.

According to him, other items allegedly destroyed during the raid included 23 bags of rice, four bags of beans, 11 bags of gari and 228 tubers of yam among other  food items parked at MASSOB store were vandalized and burnt during the attack.

The MASSOB image maker also said that 37 traders in the Old Motor Spare Parts, Mgbuka sustained bullet wounds and were rushed to various hospitals for medical attention during the clash.

He further alleged that the clampdown on their members were masterminded by the Anambra state government which he accused of not being comfortable in their resolve to announce their preferred candidate ahead of Saturday governorship election and dumping APGA and its candidate.

His words:“This devilish act of cowardice meted on MASSOB was not unconnected to our refusal to allow our name to be used by some desperate politicians who wanted to score cheap political goal, using our platform.

“We had issued a statement distancing ourselves from supporting APGA and its candidate ahead of the governorship election in the state. We are very quite aware that the stand we took did not go down well with some highly placed persons in the state, hence, the attack was to disorganize us and browbeat us to submission’

“We hold Peter Obi responsible for the killings because according to some insiders from the security agencies, they told us that the Governor gave the order. This reminds us about 2006 shot-at-sight order by Governor Peter Obi who massacred about 2000 MASSOB members”.

“We shall arrest him and pay him back in his own coin in our own way immediately he steps down as the governor because his recent action of killing MASSOB members will heavily affect APGA chances of winning this election. In his desperation, he is planning to use army and the police to rig the election in favour of APGA and he is aware that it is only MASSOB security that can frustrate such plans” he said.

Madu further vowed that no amount of intimidation, killing or arrest will deter them from supporting whoever they want to support, adding that whoever MASSOB supports will surely win the governorship election sheduled for Saturday, 16 th November in the state.

When contacted for his reaction, Emeka Chukwuemeka, (DSP), the Anambra state Police Public Relations Officer, said he was yet to be officially briefed on the development as at the time of filling this report.