Fraud, Grand Theft: Nigerian Singer, Dammy Krane Gets Bail in US, to Appear in Court June 23 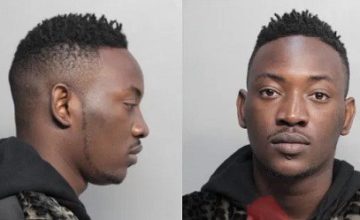 BALTIMORE, MD (AFRICAN EXAMINER) – After meeting his $7,500 bail condition, popular Nigerian singer, Dammy Krane, has regained his freedom from a US jail.

Dammy Krane was arrested and charged for alleged credit card fraud, but he pleaded not guilty to the offence and subsequently demanded for a trial.

He also adopted a waiver for pre-trial conference. One of the hit single tracks by Dammy Krane is Amin, a song he released in 2014.