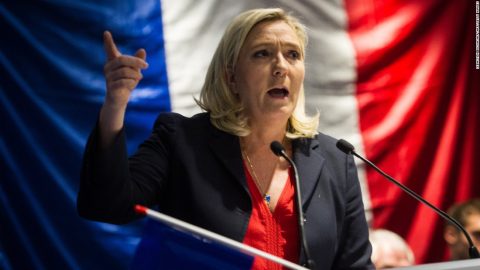 Already, the allegations have been passed to French investigators and a case has been opened in the same regard.

The parliament suspects that some $5.4m went to assistants of Ms Le Pen’s National Front (FN) who were actually not working for MEPs but engaged in FN party work in France.

Reacting, Le Pen, 48, has denied any wrongdoing and subsequently alleged that the case was politically motivated.

The alleged fraudulent payments – from 2012 onwards and several others have been traced to her.

The allegations started on April 27, ahead of the second round of voting in the French Presidential election.

She was roundly defeated by Emmanuel Macron, by 66 per cent to 34 per cent. She however later won a seat in the French parliament in the legislative elections.

Ms Le Pen refused to answer questions on the matter during the campaign, still promised to co-operate after the final round of Presidential election voting.

Meanwhile, her lawyer has since confirmed that she had been summoned by magistrates in Paris and “as expected, placed under criminal investigation”.