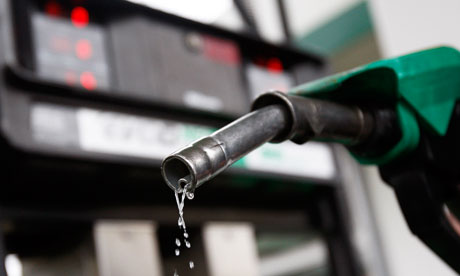 The tank farms would serve as reservoir to cushion the adverse effects arising from scarcity of petroleum products on people in the state.

The Commissioner stated this on Friday during the Inter-Ministerial Briefing preceding the Sixth Anniversary of the Restoration Government in Yenagoa.

According to him, the tank farms would help encourage people to go into distribution of the products and boost the local economy.

Giving the scorecard of his ministry, Fefegha said the ministry has helped the state government recover over N15 billion 13% derivation revenue under-payment since 2006 to date as well as resolved conflicts between communities and oil companies, communities and Cluster Boards.

He listed the establishment of the Bayelsa Oil Company, which was recently overhauled by the Governor, to begin production of oil at the Atala Marshal Oil Field, OML 46, allotting 48 Oil and Gas Attaches to International Oil Companies to monitor and ascertain the true volume of oil and gas taken from the state among others as achievements.

The Commissioner said, “There is a plan by the ministry to build tank farms for petroleum products in the state especially when there is petroleum scarcity. In Maiduguri, they have petroleum products for weeks and months because they have tank farms. Government is going to do that for the state. This will encourage our people to go into distribution of the products”

Also taking the stand on the last day of the briefing at the Dr. Gabriel Okara Cultural Centre, Yenagoa, was the Commissioner for Transport, Mr. Ikurumo Dauprebo listing achievements in the ministry to include; the establishment of the Agge Deep Sea Port, Sagbama-Ekeremor Road project and the Bayelsa International Airport, which has the potential of creating over 2000 jobs and boost economic growth.

“The Restoration Government commenced the process of establishing a Deep Seaport at Agge with the feasibility studies completed and a forwarding operational base being constructed, to be linked to the Sagbama-Ekeremor road.

“Also the Bayelsa State International Airport will start to evacuate goods and its economic advantages will be job creation, international trade, tourism and infrastructural development and other sectors will benefit from it and will employ about 2000 youths.”

He said the state government boosted the transport sector by providing 220 vehicles (cars and buses), provided 20 Hilux vehicles to the state-owned security outfit, Doo Akpo and boosted that number in 2017 with 40 Hilux vehicles, 15 gun boats for the marine component of Doo Akpo, cruise boats at the Ox Bow lake, Driving Academy among others.

The Commissioner for Trade and Industry, represented by Mrs. Patience Ranami-Abah and the Director-General of Bayelsa Micro-Finance and Enterprise Agency (BYMEDIA) also made presentations as the briefing came to a close.