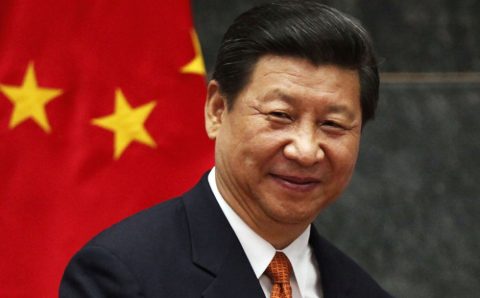 President Jinping bemaoned that the world economy was at a “crucial juncture” due to volatile markets and feeble trade.

The Chinese Leader said: “Against risks and challenges facing the world economy, the international community has high expectations of the G20 in the Hangzhou summit.”

President Jinping who seemed reacting to German Chancellor Angela Merkel insisted that the Leaders should avoid empty talk in their attempts to boost trade.

Speaking, Merkel indicated that the G20 leaders have agreed they needed to work together so as to increase economic growth.

Ahead of the meeting, the International Monetary Fund (IMF) warned it was likely to downgrade its forecast for global economic growth again this year.

It would be recalled due to #Brexit, IMF has reduced its global outlook vote – cutting forecasts for world GDP growth to 3.1 per cent for 2016 and 3.4 per cent for 2017.

In addition to its agenda, G20 leaders which is the world’s 20 largest economies discussed on the first day various issues, including global steel crisis; trade barriers and #Brexit.

The ongoing G20 Economic Summit, is being hosted for the first time in China.