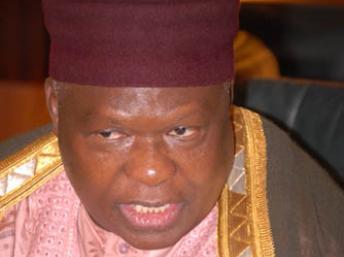 The Plateau state Chairman Council of Chiefs and Gbong Gwom Jos, Jacob Gyang Buba has charged the newly posted security Chiefs to Plateau State to be impartial and exercise high level of professionalism. 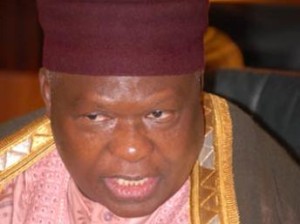 The Royal father gave the advise in Jos on Tuesday when both the new Commissioner of Police, Nasiru Oki, and his counterpart in the State Security Service (SSS), Abiodun Ajanaku, paid him courtesy calls.

Buba appealed to the security Chiefs not to lean on any side but to carry out their assignment honestly and justly.

His words: “We want to appeal to you just as we appealed to your predecessors, not to take side with anybody, all we want is justice for everybody in the state.”

“The challenges we have faced are the normal challenges every part of the country is facing. We believe you will use your rich experiences to help address some of the challenges and consolidate on the prevailing peace in the state. He stressed.

“Collaboration and information sharing according to you is key, which means that everybody has a role to play.

In his earlier remarks, Oki, the Commissioner of Police pledged to consolidate on the prevailing peace, which was as a result of the hard work of his predecessors and other stakeholders.

“We cannot do without information because information is one of the key tools of police and I believe you and the entire traditional institution can be of tremendous assistance.

“I also want let you know that we have some challenges which include vehicles, walkie-talkies and others if you have the opportunity, please tell the authorities that we need such,’’ he appealed.”

Also speaking, Ajanaku, the DSS boss who took over from, Mr Christian Ojobo, on the July 2, 2014 told the monarch that he met good peace building structures in the State.

“The establishment of the state security outfit, Operation Rainbow, the creation of the Office of the Special Adviser to the Governor on Peace Building are some of the good structures.

“I assure you that you will soon see the manifestation of our work in the peace building process on the Plateau.” he added.