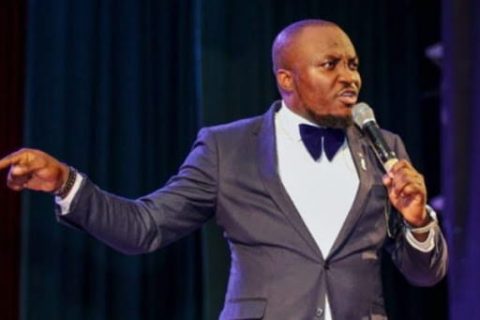 It will be recalled that the comedian in his tweet on Monday had attributed the cause of the death of the YouTuber to spiritual attack.

He wrote: “You display your pregnancy so much, you think principalities and witches will not attack you? RIP dear, other girls learn your lessons. There are spiritual forces roaming and looking for victims.”

This statement did not go down well with many as they brought out their knives on the streets of Twitter aiming at the throat of the comedian.

“@dkbghana you are an IDIOT. Do you have a proof Nicole died cos of Witchcraft? Twitter should even block you from using this blue bird. This death is not a COMMEDY CENTRAL so shun the Fool. Bribiaa na mo de ignorance ne gyimiiii abata hoo. Cut the girls family some slack.”

“You believe in spiritual forces? Haha. You are so dumb. And of course other stupid people will be prodding you on because you jumped on an opportunity to ride on someone’s death. Kim Kardashian and co. don’t have demons to kill them erh? Gyimifuo.”

“You sounded stupid as usual! You think being superstitious is sensible. Your big head looks offensive but no demons has killed you yet, why is that?! Fuck off with that warped, shallow and dumb mentality. Go sit some where and work on better jokes.”

“F*** YOU @dkbghana for what you said on the death of Nicole Thea. RIP Nicole Thea and baby Reign.”

“Say anythg but worthless how? U know Jeff? My kid brother is hurting and then this b what u dey come talk. Saying maybe ur life is worthless, u really dey think before u dey talk? U know am? Charley dey ur lane mk we dey wanna lane.”

A user writes: “E b ur matter in the first place? Dey come do nhwehw3nim for here say u prophesy. I no know what u wan gain. Ok e come true. Come take ur award.”

“I know right! This be ignorant talk what he dey talk! E no be your buisness, but he dey talk as if he be God!”

African Examiner reports that the YouTube star, whose boyfriend is a Ghanaian dancer sadly died with her unborn child while trying to give birth.