Governor Abiola Ajimobi of Oyo State has appointed Prince Gbade Lana, one of the sons of the Olubadan of Ibadan land, Oba Samuel Odulana, as a commissioner designate. 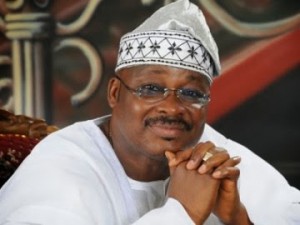 Prince Lana, who is a chieftain of the All Progressives Congress (APC) in the state was until his nomination the Chairman, Oyo State Library Board.

His name was among the 12 nominees the Governor forwarded to the state House of Assembly for confirmation on Monday evening.

The governor dissolved the state Executive Council on September 23.

The commissioner designate will appear before the House of Assembly on Wednesday with 40 copies of their credentials.

A second list containing six nominees is still expected from the governor to complete the 18-member state executive council.