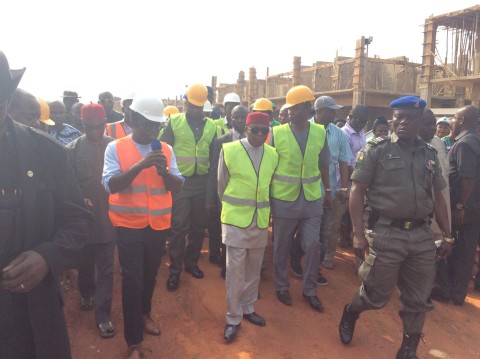 The Governor stated this during an inspection visit to the site to see the progress of work. 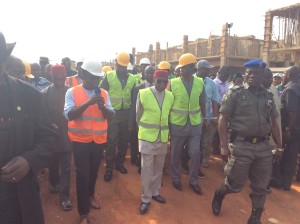 He stated that Aba is noted for commercial activities, adding that the siting of the mall in the city will further boost commerce and industry there.

He called on Aba traders and businessmen to acquire shops in the mall, pointing out that the mall is one of the legacies of the PDP-led government in the state.

The Governor who urged Aba people to ask politicians who are soliciting for their votes what they have contributed to the state and Aba called on them to support the PDP in the state all the way.

He commended Green Field Assets Limited that is handling the project for doing well despite the initial funding problem and expressed optimism that the project will be completed soon.

Earlier in his speech while conducting the Governor round, the Group Managing Director/Chief Executive Officer of Green Field Assets Limited, Mr. Paul Obanua, said the first phase of the 20,000 square metre shopping space would soon be ready for commissioning, maintaining that it has over 100 shops.

According to him, the mall will be the biggest shopping mall in West Africa and will comprise the first dry port in Igbo land as well as 100 room hotel and a business resort.