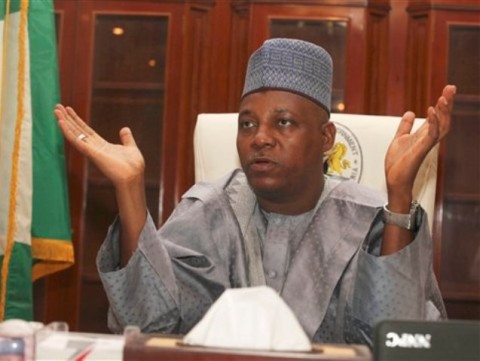 …as US Says It Has no Timeline to End Crisis

Borno State Governor, Kashim Shettima has predicted that the Boko Haram had the capacity to extend havoc across the country if they succeeded in overrunning the North-Eastern part of the country.

He said: “If Boko Haram succeeds in the zone as they seek, they will surely want to extend greater havoc to other parts of the north and if they overrun the north, they would want to extend to the south. Crisis of any type has got a life of its own which depends on something for survival.”

African Examiner gathered that the governor dropped the bombshell, while speaking at a two-day conference on security and human rights organized by the Centre for Historical Documentation and Research of the Ahmadu Bello University, Zaria. He berated misunderstanding of Boko Haram menace by those who should be in a position to proffer solution to it.

He lamented that it was unfortunate that the Minister of Information and a fellow Northerner,  Labaran Maku has been political on the real thus since chasing shadows on the bloody insurgency.

According to him, it was a thing of concern that the nation’s chief spokesman who once served as Supervising Minister of Defence had a shallow understanding of the Boko Haram crisis, saying “no one might ever know the extent he might have inflicted his understanding of the group on the Service Chiefs he had to work with”.

The governor lamented that the insurgents had done so much harm to the religion of Islam and killed thousands of innocent souls in Borno state and destroyed property worth tens of billions of naira.He, however, warned that if the insurgents were allowed to overrun the north eastern part of the country, they would seek to extend their territory to other parts of the country, blaming negligence as responsible for the current state of the nation.

In the main time, the United States (US) has confirmed that it has no timeline in the search of Chibok girls, saying her troops would remain in Nigeria until the kidnapped schoolgirls regain their freedom.

Spokesperson of the Department of State, Ms. Marie Harf, made this known at a press conference addressed in Washington, DC on Tuesday. She said: “We’re certainly hopeful that we will track them down, and we’re committed to putting resources to doing that.”

Harf, who promised that the US government would do whatever the Nigerian government requires her, explained that America’s counter-terrorism cooperation needed to be put in a proper context.

As the search for the abducted Chibok schoolgirls continues, the US President, Barrack Obama, has said that his administration would fight against alleged human rights violations in the country.

Obama, who spoke through Harf, further noted that the US had maintained a level of military cooperation with the Nigerians in keeping with relevant human rights legislation and human rights concerns.

“So we’ve been very open at times about our concern about Nigeria’s human rights record. Obviously, this is a key topic of conversation, especially when we’re talking about counter-terrorism”.

US spokesperson added, “And where we’re concerned about human rights issues in the Nigerian government or military, we take those very seriously. We’ve talked a lot about some of our congressional responsibilities when it comes to that issue.”