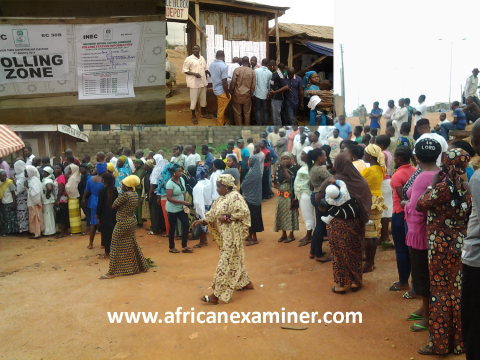 LAGOS, NIGERIA (AFRICAN EXAMINER) – The mood in Lagos State in the ongoing Governorship and State House of Assembly elections is very cold.

In many Local Government areas of the State, most polling units witnessed low turn out of voters.

The situation is again worsened with the late arrival of INEC ad-hoc officials at the duty post.

Voting was delayed in some units as late as past 10am in some areas.

From some parts in Lagos Island, such as Ikoyi, to suburbs like Oshodi/Isolo; Ifako/Ijaiye and Ikeja LGAs, the situation has been either poor turn out, clashing with late arrival of the election officials.

However, the atmosphere is generally calm in the State.

The Military are stationed at major road junctions as well as moving around for routine patrol.

Governorship Election is underway in 29 States out of 36, while House of Assembly poll is simultaneously going on in all States.