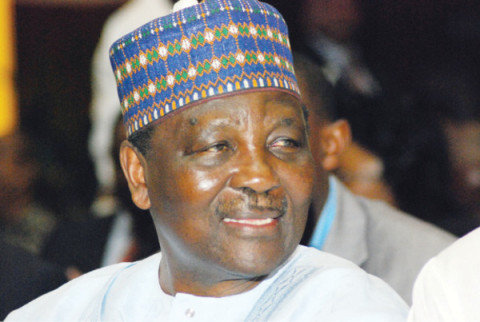 (AFRICAN EXAMINER) – Former Head of State, Gen. Yakubu Gowon, has described as worrisome the widespread insecurity and killings in the country.

Gowon said that he had prayed and hoped at the end of the Nigerian Civil War that the country would not go through that path again.

Also, his host, Governor Henry Seriake Dickson, said that Nigerians were truly worried about the violence and conduct of officials of government in the country.

Gowon who is the Chairman and convener of Nigeria Prays, said the activities of militant groups, the Boko Haram and the killings perpetrated by the ‘so called Fulani herdsmen’ were of serious concern to the leaders, elders and indeed the citizens.

Gowon stressed that the country’s leaders were worried about acts of brutality and wickedness across the country.

A statement by the Special Adviser to Governor Dickson on Media Relations, Mr. Fidelis Soriwei, quoted Gowon and Dicksonas having expressed the concern while speaking with journalists shortly after a special church service in Yenagoa on Sunday.

Gowon called on Nigerians to give the requisite support to those in leadership positions in the bid to address the emergent security challenges in the country.

He said, “This is worrisome. When I recall the end of the civil war, I had hoped and prayed that Nigeria would never go through the same experience again. This was what I prayed for and you can see how worrying it is.

“All these spate of crises: Is it the militants, is it the Boko Haram, is it the so called Fulani herdsmen?  All sorts of things that are happening: man’s humanity to man, that is happening through out the length and breath of Nigeria.

“Sadly, it is worrying to all Nigerians, and this is what all of us who are in leadership positions, your governor, and his assistants, all the governors throughout the country, all of us who are leaders are concerned about it, and always aim for whatever they can do to put it under control.

“But it is not only they that can do it. They need the press and support of the people so that they can deal with the problem together. And this is our prayer, prayer for the every one in Nigeria and all Nigeria wherever they are. We hope for greater peace than what we have for now.

Speaking also, the Governor of Bayelsa State, the Honourable Henry Seriake Dickson, noted that the various security challenges across the land, the wanton killings and the conduct of government officials were of concern to the people.

He said that the Bayelsa State Government decided to join  Nigeria Prays Group led by Gowon to pray for the country so that the leaders and indeed the county would do the right thing.

Dickson said that the explained yearly prayer meeting of Niger Prays network held at the Ecumenical Centre, Yenagoa, on Friday because of the conviction that Nigerians of all faiths should pray for the peace, stability and progress of the country.

“And of course, as he (Gowon), has said, and we agree completely, there are lots challenges, principally, security challenges, challenges of wanton killings, conduct of government officials, challenges of building harmony, and so we align  with the remarks of our leader.

“That is why our state is joining hand with him and the Nigeria Prays group to continue to pray for our state, our leadership and our country to do what is right.”