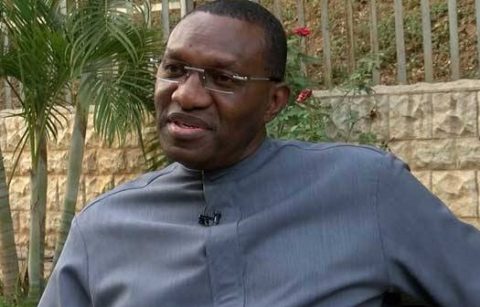 The call was contained in a petition addressed to the Inspector-General of Police (IGP), dated April 22, 2017 and signed by Comrade Austin Okeke.

The petitioner alleged that Mr. Uba falsified the educational qualifications, he presented to the Independent National Electoral Commission (INEC).

The group however explained that Mr Uba whose real name is Nnamdi Emmanuel Uba, completed his secondary education at Union Secondary School, Awkunanaw, Enugu, in 1974 and left the school with very poor results.

According to the group, Mr. Uba sat for nine subjects, passing just one (Chemistry) at credit level, he scored F9 in Christian Religious Knowledge,  Economics and English Literature;  P8 in Physics, Biology, English Language and Statistics and P7 in Mathematics

The group however alleged that Mr. Uba falsified a different results dated  November 13, 2013, and claimed it was issued by the West African Examinations Council (WAEC) adding that Mr. Uba awarded himself C4 in English Literature,  P7 in English Language and Christian Religious Knowledge, C4 in Economics and Physics, C6 in Mathematics, Statistics and Chemistry.

“By his actions, Mr. Uba wilfully contravened Section 463 of the Criminal Code ( which provides for three years’ imprisonment), Sections 362 to 364 of the Penal Code, which stipulate 14 years ‘imprisonment with an option of fine or both,” the group stated.