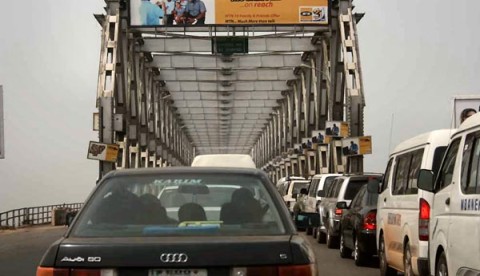 A group under the platform of Ndigbo Cultural Society of Nigeria NCSN has called on president Goodluck to sack the Minister of Environment, Mrs. Laurentia Mallam, and a director in the ministry, Mr. Kehinde Odusanya, for failing to issue the Environmental Impact Assessment EIA report needed for the commencement of work on 2nd Onitsha Niger Bridge.

In a press statement made available to African Examiner in Enugu President of NCSN, Chief Udo Udeogaranya said it was clear that the environment ministry officials were working against the construction of the bridge.

It would be recalled that the Ministry of Works had recently said it suspended work on the project because their was no EIA report on the project.

The Nigerian law requires that an EIA must be conducted before a project of such magnitude can be executed.

Udeogaranya said the environment ministry ought to be working together with the ministry of works and the Presidency to realise that project.

“As expected, every minister and directors must be on the same page with Mr. President on every programme and project of their government that relates to their offices, so as to object, correct, amend or to allow an idea to prevail before Mr. President or Federal Government commit themselves publicly.

“For Mr. President to commence a project that has been in the public domain for too long and suddenly apply suspension means that vital checks were not done by his minister and the director that such functions relate to,” he said.

He said it was shocking that the minister and her director remained quiet on such an important project, waiting for Mr. president or sister ministry to wake them up to their duties on which they are collecting taxpayers monies monthly.

“Such incompetence degrades a government and labels it fraudulent in the public court of opinion.

He said “the Minister of Environment, Mrs. Laurentia Mallam and her director, Mr. Kehinde Odusanya, The Director Environmental Impact Assessment must do the honourably thing and resign from duties or face sack by their government.”

NCSN however urged the federal government to ignore the obstacle created by the lack of an EIA report and go ahead with the project since EIA has little to do with the structural stability of the bridge.

“We urge the federal government to ignore Environmental Impact Assessment approval and continue the construction of the bridge if they mean well for Ndigbo,” he added