Despite the relative peace  enjoyed in the once crisis ridden Plateau state, on Saturday evening four persons were reportedly  killed and many houses burnt in an attack in Kuka village of Shendam Local Government Area of Plateau State. 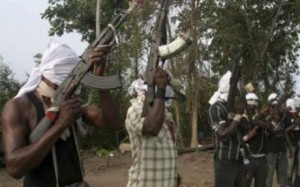 African Examiner gathered that the attackers who came in hundreds stormed the village on Saturday around 5:20pm with sophisticated weapons shooting and setting houses ablaze.

Our correspondent gathered from a source that on Saturday night the attackers came from an known destination and burnt about 200 houses, killed four persons in the process and several others sustained injuries.

The source, who did not want his name in print further explained that, “we all ran into the bush while they burnt our houses and were shooting sporadically, about 30 minutes later military reinforcement came”.

Condemning the attack, Special Adviser to the Governor Jonah Jang on Peace Building, Bar Timothy Parlong, said “I heard that there were some unsigned letters, that were dropped some weeks back and I personally requested to see a copy, which was given to me some few days ago, it is not that the Government have neglected the issue but we are investigating it.”

Also speaking on the incident,  Spokesman of the STF Captain Salisu Mustapha, said “I can only confirm two deaths. The attackers were estimated to be about 100 in number, they burnt some houses but they have been repelled and calm has returned to the Area.”