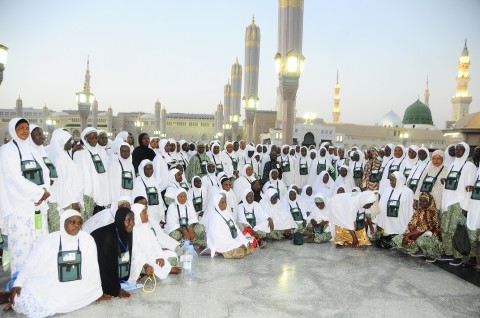 Not less than 10 out of the 50,000 Nigerian pilgrims currently on 2014 Hajj rites have been confirmed dead by the National Hajj Commission (NHC).

Confirming the development Monday, the Commission’s Chairman, Alhaji Aliyu Tanko, explained that the three clinics by the Commission in Saudi Arabia kingdom and others by the various  state pilgrim boards have been up to task with respect to provision of effective medical services to the  pilgrims from Nigeria.

In the meantime, the commission has enjoined the prospective pilgrims to ensure their health was stable before embarking on the spiritual, rigorous and annual journey.

In a related development, a member of the Kano Emirate Council and the Galadiman of Kano, Alhaji Tijjani Hashim, has died at the age of 82.

Special Adviser to Kano State Governor, Rabiu Musa Kwakwaso, on the Emirate Council, Alhaji Tijjani Mailafiya, confirmed the daeth in an interview with the (NAN).

The Governor’s aide revealed that Hashim was preparing for an overseas trip for a medical check, when he developed complications, rushed to an Abuja hospital Monday morning, but later died.

He added that the remains of the former Galadiman would be returned to his house in Kano, today for Janaza (burial) expected to hold this evening at the Emir’s palace. The late first class traditional chief was survived by 13 children.