Health Professionals and Orhii: The Truth and the Falsehood 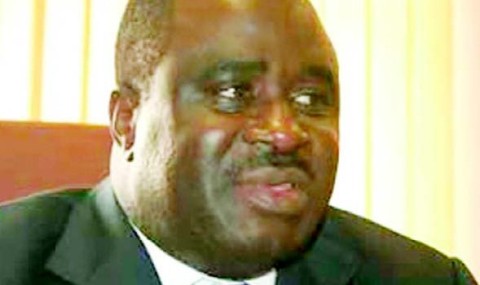 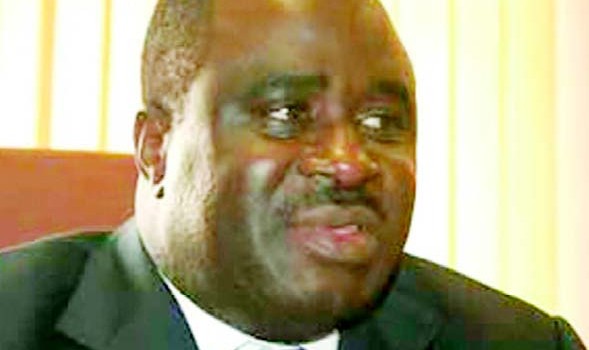 It is not surprising that health professionals in the country are still howling over the 2009 appointment of Dr Paul Botwev Orhii as Director General of the National Agency for Food and Drug Administration and Control (NAFDAC).  They have shown that they are only interested in grabbing the position for one of their own; they are not in the least interested in objective assessment of the transformational leadership that Orhii has been able to offer since stepping in the saddle. 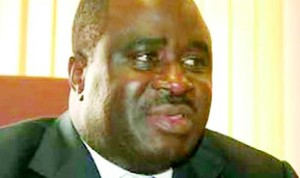 The appointment, which was made by President Umaru Musa Yar’Adua, was considered to be in apple-pie order by persons in many quarters; but pharmacists in Nigeria believe that the law, which prescribes the profession of who should be appointed Director-General, has, penciled down a professional pharmacist for the position.  But is that really what the law says?  The answer will be provided shortly.

Therefore, in a frantic attempt to darken the chances and or prospects of his tenure renewal, they have once again opened up on the issue by canvassing the trite argument that Orhii, a Medical Doctor with a Ph.D in Chrono-Neuropsychopharmacology and Juris Doctor from the Thurgood Marshall School of Law, Texas, United States of America, was not qualified ab-initio for appointment into the statutory position.

This is one of the lies that members of Pharmaceutical Society of Nigeria (PSN) have been peddling in their bid to lay exclusive claim to the Director Generalship of NAFDAC.  In their effort to win the argument they have all the while canvassed since Orhii’s appointment, they have been patently dishonest in interpreting the Agency’s establishment Act.

Section 9 subsection 1 of the Act on which they hinge their argument states that: “There shall be appointed for the agency by the President, Commander-in-Chief of the Armed Forces on the recommendation of the Minister, a Director General who shall be a person with good knowledge of pharmacy, food and drugs.”

It is clear from the phrasing of the law that it did not from the outset envisage that only pharmacists, who are qualified to register as professional members of the professional association of pharmacists, are the ones that can be appointed into that position.  Had that been envisaged, it would have been explicitly stated.  In fact, the provision is specific on a person(s) having good knowledge of pharmacy, food and drugs.

What is clear from the above, therefore, is that it is falsehood that only pharmacists are the ones who are qualified to be NAFDAC DG.  It is not a correct assertion that is grounded in law.  Pharmacists have found it convenient to harp on the aspect of the provision that pertains to them, discountenancing the other aspects of knowledge in food and drugs that pertain to food technologists, medical doctors and pharmacologists.

Their fraudulent attempt to usurp the position of NAFDAC DG to the exclusion of medical doctors and pharmacologists is to say the least uncharitable.  It rankles that they are pursuing a line of argument that tends to eliminate, against the spirit and letters of the law, food technologists who deal with food and pharmacologist and medical doctors who deal with drugs from seeking to be appointed into the coveted position.

The very law that the pharmacists rely on to push their advocacy does not even help their campaign to claim exclusive right to the position of DG.   Therefore, they have, unfortunately for them but fortunately for the like of Orhii and other medical doctors, pharmacologists, et al, lost the legal argument.

Even winning the moral argument is not possible for them in the circumstance. Where is the decency in the attempt to shut out food technologists and medical doctors/ pharmacologists when they are in the contemplation of the law?  Is it because pharmacy is mentioned first in the provision of the Act?

It is sad that pharmacists in Nigeria would resort to this desperate strategy when even in other climes heads of their food and drug agencies are not necessarily pharmacists.  At the 8th International Annual Summit of Heads of top 20 Medicine Regulatory Agencies in the world, which held in Amsterdam from December 3-6, this year, NAFDAC was recognized for its innovativeness in fighting counterfeit medicines through the use of cutting-edge technologies.

The disclosure of the professional backgrounds of some of these medicine regulatory chiefs speaks volumes, perhaps about their abilities and capacities to drive the agency, far beyond the relevance or otherwise of their professional or paper qualifications.   For instance, the Executive Director of Swissmedic, Swiss Agency for Therapeutic Products, Jurg H. Schnetzer is a lawyer, business and health administrator.

Consider these: The federal Commissioner for the Protection against Sanitary Risks in Mexico, Mikel Arriola Penalosa, is a lawyer and Public Policy and Public Administrator; the Chief Executive Officer of Belgian Federal Agency for Medicines and Health Products, Xavier De Cuyper is an agricultural engineer while in Canada that is mentoring Nigeria on vaccines, the Assistant Deputy Minister of Health Products and Food, Kathryn McDade is a political scientist and public administrator.

Moving closer to the courses that are related to drugs, food and chemical, the President of Paul-Ehrlich-Institut (PEI) in Germany, Professor (Dr) Klaus Cichutek is a Biochemist; Director of French National Agency for Medicines and Health Products Safety in France, Professor Dominique Maraninchi, is an Oncologist;  the Executive Director of the European Medicines Agency, Professor Guido Rasi is a medical doctor (surgeon).

And like NAFDAC’s Orhii, the Coordinator, Quality Assurance and Safety: Medicines of the World Health Organisation, Dr. Lembit Rago, is a clinical pharmacologist; Commissioner, Food and Drug Administration (FDA) in the USA, Dr Margaret Hamburg is a medical doctor; Director General of Italian Medicines Agency, Professor Luca Pani is a medical doctor with specialization in psychiatry, pharmacology and molecular biology; and Australia’s National Manager of Therapeutic Goods Administration, Professor John Skerritt, is a pharmacologist.

There are, of course, pharmacists heading other agencies like in Argentina and Korea. What does the bigger global picture tell us?  It is simply saying that NAFDAC’s Director Generalship cannot be consigned to the pigeonhole of pharmacists.  This is food for thought.

Ainofenokhai sent this piece from Abuja.