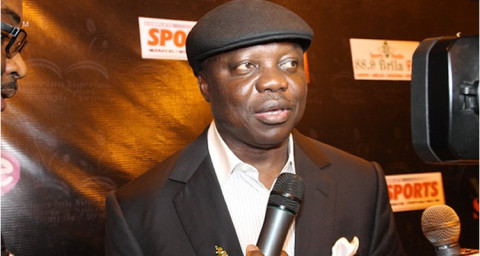 Governor Emmanuel Uduaghan of Delta State on Friday morning revealed why he sacrificed his ambition to go to the Senate in June, 2015.

Speaking on a live programme (Sunrise) on Channels Television, Uduaghan said the peace of the South-South state was greater than his personal ambition.

A few days to the primaries, he suddenly announced that he was no longer interested in the senatorial race, paving the way for Senator James Manager to recontest and return to the upper chamber on the platform of the Peoples Democratic Party, if reelected.

Uduaghan said: “I wanted to go to the Senate but it might lead to electoral violence.

“Knowing what I know about Delta State, I took the decision to sacrifice my personal ambition.

“Whatever will destroy the peace of my state, I won’t be party to it.

“They will always think of their interest first before that of their state or country.

“As a governor, I want to leave Delta State better than I met it.”

On defection by some PDP members to other parties, Uduaghan said such action will not affect the chances of the party to win the presidential election and governorship seats.

He said: “People who move from the PDP to other parties are impatient.

“In those other parties, they will also be impatient.

“They don’t want to be part of the development of our party.

“Every primary has its own challenges.

“But there are structures to deal with challenges.

“I am happy the national leadership of our party is about to deal with the challenges of the primaries.

“A special team has been set up to deal with that.

“It also happened in Delta State.

“About two of them have moved to other parties because they are desperate.”

On the presidential election, Uduaghan urged candidates to also think of the country first before their individual ambition.

He said: “Various stakeholders should sit down and look at the interest of the country.

“In 2011, there was violence in some parts of the country.

“If you had contested before and people died, why do you still want to contest?

“We don’t want violence this time around and violence will be stopped if all stakeholders agree that Nigeria is greater than individual ambition.”

He said: “What the President did in Lagos (during Thursday’s flag-off of PDP presidential campaign rally at the Tafawa Balewa Square) was to clear the air on corruption, insecurity, etc.

“We should not just pick the speech of yesterday and think that is the beginning and end of the campaign.

“Because the President has not used the jungle justice style, some people are criticising him.

“The list of those who have been successfully prosecuted will be released.

“I can tell you that the President is fighting corruption.

“This administration has its own way of fighting corruption.

“We should not do it the jungle justice way: working from the answer to the question, holding press conferences on a person who has not been proven guilty.

“Investigation can go on for 10 years.

“It should be thoroughly done.

“We just have to be patient.

“There are names associated with oil theft.

“I can’t come here now and be reading out names.

On the health sector, Uduaghan also declared that the country is marching forward.

He said: “No country can deal with all ailments.

“Sometimes, some Nigerian women find it fashionable to travel out to deliver and there is no hospital in Nigeria that cannot deliver babies.

“A governor had an accident here, had fracture and was treated here.