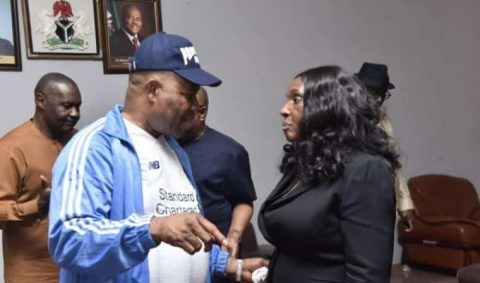 She stated this on Monday while speaking with Arise TV stating that she slapped the minister because she does not tolerate nonsense.

She said: “I slapped him. He tried to come on me. I am an Ogoni woman and nobody jokes with us. I showed Akpabio that Rivers women do not tolerate nonsense.”

African Examiner reports that the former Managing Director has been in the news recently and she has accused the Minister in charge of the ministry, Godswill Akpabio, of corruption and other issues.