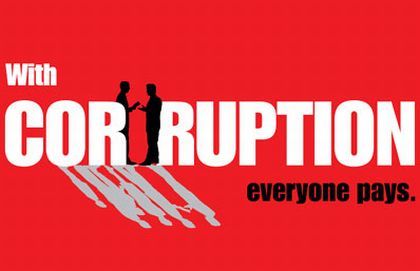 As part of its public enlightenment / education mandate, the Independent Corrupt Practices and other Related Offences Commission (ICPC) has inaugurated the Students Anti-corruption Vanguard in the Enugu state owned College of Education Technical, Enugu. 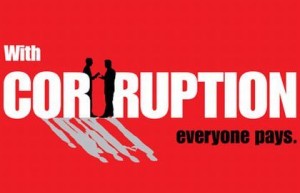 According to the agency, the Students Anti- Corruption body, is a club for students of all tertiary institutions in the country and operates purely as an agent of corruption prevention by civil actions.

In his remarks at the event which took place recently at the school main hall, Chairman of the Commission Barrister. Ekpo Nta, had commended management of the institution for their cooperation with the agency in establishing the Body.

The ICPC boss, who spoke through Mr. Kingsley Obi, Head, Youth Education and Mobilization , ICPC Headquarters Abuja,   disclosed that “the college of Education, Technical, Enugu is the first Tertiary institution in the Enugu zone to be inaugurated”

He explained that the essence of Students Anti- corruption Vanguard was to tap on the active energies of the youths who possess enormous powers that could be effectively deployed in the non-violent fight against corruption, stressing that for the menace to be minimised, the youths must contribute their quota towards the enthronement and institutionalization  of integrity, transparency, accountability and sound moral values in our tertiary institutions.

The ICPC chief, noted that the absence of the above mentioned virtues had been a huge impediment to achieving set goals meant for the advancement of the youth and the security of their future.

According to him, ” ICPC recognises the fact that young people wield tremendous influence and thus establish many programmes like the formation of students anti-corruption Vanguards in tertiary Institutions, Anti- corruption Clubs in Secondary Schools, Infusion of the Commission’s National Values Curriculum developed by the Commission into school curricula at different levels of education among other.

He said the progamme is also aimed at ensuring the eradication of corruption in the educational sector of the country.

The Exercise was attended by principal officers of the School,  ICPC officials from both Abuja and Enugu Zonal offices  as well as students.

Earlier in his welcome speech,  Provost of the College, Sir Anthony  Anih, had applauded the efforts of ICPC in curbing corruption in Nigeria and the Commission initiative in targeting the educational sector which according to him, is the only factor that could liberate man from ignorance and evil practices.

He noted that corruption exists in every human organisation, adding that it takes dedication, honesty, fear of God and determination for people to shun the monster in all its ratification.

The provost however, promised to assist the Commission in monitoring and fighting examination malpractices and other social vices in the institution.

In his remarks, the Head ICPC Enugu Zonal office, Barrister. Arua Udonsi, said the Commission regards youths anti- corruption programmes as very important because the future belongs to the youths and as such they have a lot to contributing towards the changing of the country for the better.

He further explained that the aims and objectives of the Students Anti-Corruption Vanguards were to re-orientate the minds of students along the tenets and spirit of transparency and sound moral values, educate students on the ills of corruption.

It is aimed at making students imbibe the virtues of honesty, accountability and integrity in all their activities

He added that it also a way of using students as agents of change and as a means of getting the anti- corruption message to the nooks and crannies of the school environment and as well as lay  solid foundation for good citizenship in students as they grow up to face future challenges.