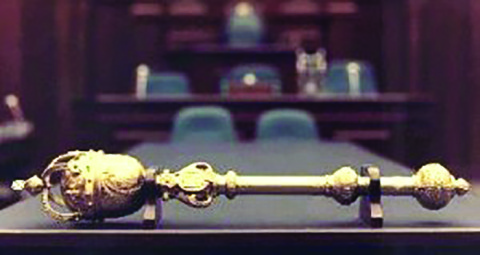  The Enugu State House of Assembly has confirmed the nomination of Rev. Ifeanyi Raphael Nwoye as the new Deputy Governor of the state.

He is from Ishiogbo Nara in Nkanu East council Area of the state.

Nwoye, a former Commissioner for Environment under Chimaroke Nnamani’s administration is a Pastor of the Christ Ascension Church and son of the church’s late founder.

African Examiner reports that Governor Sullivan Chime forwarded his name to the House on Wednesday and he was screened and confirmed by the 24-man Peoples Democratic Party PDP lawmakers today, Thursday.

The new Deputy Governor once served as Caretaker Committee Chairman for Nkanu East local government area for a period of three months in 2007.

Meanwhile, 8 official vehicles belonging to the impeached Deputy Governor of Enugu State, Mr. Sunday Onyebuchi, have been withdrawn by security agents from the Government House, Enugu.

The security operatives numbering over 20 led by the Chief Security Officer, CSO, to Governor Sullivan Chime, Mr. Fidelis Ogaraba stormed the GRA resident of Onyebuchi at about 2pm, according to one of the aides of the former Deputy Governor, Onyeka Nnaji, and demanded the keys to the vehicles.

According to him, there was no resistance as Mr. Onyebuchi was not available at home when they came.

Onyebuchi, was said to have asked his aides to allow the security men access to the vehicles when he was contacted.

A total of eight vehicles, including five used as his official convoy, two 406 cars he got from the Chimaroke Nnamani administration and a Nissan Car belonging to his wife were taken away by the security men, who claimed to be acting on the orders of the governor.

In a similar vein, Onyebuchi’s security was withdrawn few hours after the State House of Assembly impeached him on Wednesday.