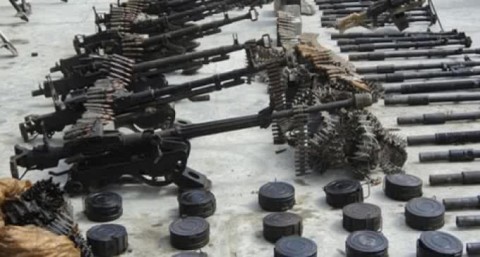 By Niyi Adeyi –  The Inspector General of Police, (IGP) Suleiman Abba, has ordered all Zonal Assistant Inspectors General of Police and State Police Commissioners to take stern measures at securing arms and ammunition on hold to the Police at various departments and stations across the country.

Abba in a release issued Thursday by the Force’s Public Relations Officer, CP Emmanuel Ojukwu said the measure became imperative in a bid to ward off any likely or possible attempt by hoodlums or men of the underworld to attack its stations and other installations.

The media statement recalled IGP had earlier directed audit on Police Armouries nationwide with a view to securing the Police arms and ammunition and in line with his desire to “provide safety and security in Nigerian communities and controlling social order”.

In addition, the police boss has directed all the State Police Commissioners to beef up security at banks within their jurisdictions and further collaborate with their managements and officials to secure their premises.

Abba also enjoined members of the public to remain steadfast in collaborating with officers and men of Nigeria Police Force in efforts to stamp out crimes in the country.