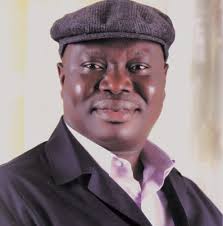 Speaker of the Lagos State House of Assembly, Adeyemi Ikuforiji, has declared his readiness to contest the 2015 governorship election in Lagos, Nigeria.

At a breakfast meeting with other members of the Lagos State House of Assembly, Ikuforiji said he is ready to vie for the position and succeed Governor Babatunde Fashola next year.

Speaker of the Lagos State House of Assembly, Adeyemi Ikuforiji

The meeting was held at his residence in Ikeja GRA. The speaker said told other lawmakers that he had the wherewithal to govern Lagos and take it to an enviable position.

Recently, the Chairman of the Assembly Committee on Information, Strategy and Security, Segun Olulade briefed Assembly correspondents about speaker’s ambition to become governor and told them to support him.

Ikuforiji is from Epe and with his party, the All Progressives Congress (APC) zoning its governorship ticket to the Lagos East Senatorial District, he is regarded as one of the front runners for the APC’s ticket.

But the speaker is currently enmesh in a corruption scandal, with the Economic and Financial Crime Commission (EFCC) taking him to court and was granted bail with his aid in the sum of N2 billion, which he paid to avoid being jailed.