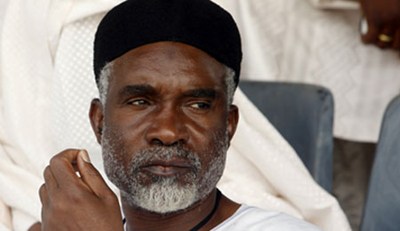 Adamawa State Governor, Murtala Nyako, has denied evading being served notice of impeachment containing 26 counts of constitutional and financial breaches leveled against him and his deputy, James Bala Ngillari, by the state House of Assembly.

Sajo debunked insinuations that the governor was dodging being served the notice of impeachment, which 19 lawmakers out of the 25 in the Assembly had instituted against him and Ngillari, who is out of the country on medical grounds.

Sajo explained that all the glib talk that the governor was evading service of impeachment notice was crass nonsense because, according to him, the governor represented an institution and, therefore, must not be served in person.

“So even if the individual does not directly collect it, the office would collect. So there’s nothing like somebody evading anything,” Sajo said.

He explained that he was aware the Clerk of the House came to serve the governor but that it was after the close of work.

“The last time I was aware the clerk attempted to serve the governor, he came some minutes past 4 o’clock and the office was closed,” he added.

National Mirror learnt that the political impasse in the state may soon be issue for the courts to adjudicate upon.

The issues affect the Federal Government freezing of the account of the state through the Economic and Financial Crimes Commission, EFCC, while the other is connected with the powers of the legislators, whether they can resurrect an issue from another legislative house and give it relevance.

“Well these are issues for the law courts to decide, particularly, that already handled by another legislative session. But on the issue of whether the EFCC requires a court order to be able to freeze a state account, it is there in the Acts establishing the commission.

Meanwhile, the Peoples Democratic Party, PDP, stakeholders and elders forum in the state have backed the impeachment notice served on Nyako and Ngillari.

The forum noted that the impeachment of the governor and his deputy remains the surest and cleanest way to resolve the political problems in the state.

The group, which made its stand public through its spokesman, Dr. Umar Ardo, a former governorship candidate of the PDP, said the removal of Nyako from office remains the surest way to end the alleged maladministration that has destroyed the state.

The group added that the Nyako led administration in the state was responsible for enthroning the “culture of impunity, unconstitutionality, lawlessness, corruption, nepotism, favouritism, discrimination, and self-service in governance.”