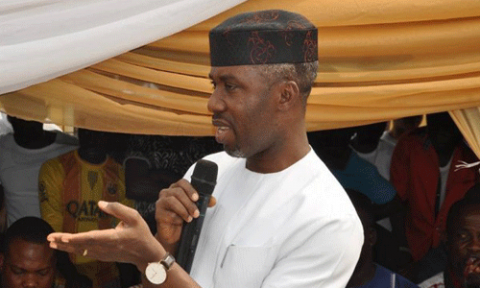 (AFRICAN EXAMINER) – The gubernatorial ambition of Son In-Law to Governor Rochas Okorocha of Imo state, Chief Uche Nwosu, has suffered a set back, as Elders from Orlu senatorial district of the state  have said that they will not support any governorship candidate from the zone, in the spirit of justice, equity, and fair play.

African Examiner reports that both Okorocha, and Nwosu, who is the governor’s Chief of staff, hails from same Orlu zone.

The stakeholders, operating under the umbrella of Orlu Elders Council, noted that by 2019, the zone would have ruled the state for 16 years through Chief Achike Udenwa and the incumbent governor, Rochas Okorocha.

Briefing newsmen Tuesday in Owerri, the Imo state capital, Secretary of the body, Professor Nathan Uzoma, hinted that the group led by Prof. Francis Dike, a Senior Advocate of Nigeria,(SAN), had resolved, after its general meeting last month, that there must be equity and balance in the governance of the state.

According to him, “The Orlu Elders Council has made it abundantly clear that it will not support any governorship candidate from Orlu in 2019 because of equity and social harmony in the state.

It noted that:  “By 2019, they would have ruled the state for 16 years and it would be wrong for the zone to be talking of producing another governor in 2019.

“There is a charter of equity in the state which was signed by the three zones on how political power is shared for there to be equity and social harmony in the state.

“What we want is a good and credible candidate from either Owerri or Okigwe and they will have our support because this organisation is made up of opinion leaders, the academia, professionals, businessmen and politicians across the 12 council areas of the zone and our opinion carries weight,” he said.

The position of the  group is coming barely a week, a former commissioner  for Information and Strategy, under the Okorocha’s administration,  Dr. Theodore Ekechi, berated the governor for insisting that his son in-law, Chief Nwosu, must  succeed him.