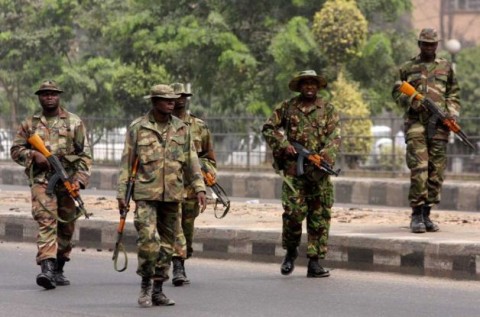 (AFRICAN EXAMINER) – The governor Rochas Okorocha led administration in Imo state, South-East Nigeria, says it has began investigation into the circumstances surrounding the recent  death of a 15-year old student of Army Day Secondary School Obinze, Owerri, identified as Miss Queendalin Ekezie, whose death was allegedly caused by a soldier attached to the 34 Artillery Brigade Obinze, in the State for coming late to school.

Mrs. Gertrude Oduka, the state  Commissioner for Education, said on in Owerri, the state capital, that the government was on the matter as they would not be in a hurry to conclude on the ugly  incident.

She however, assured family of the late student that government would do everything within its powers to ensure that the  killer soldier was brought justice.

According to her, already some senior staff in her Ministry had been sent to inquire what actually cause the sudden demise of  the student.

She said: “We have launched investigation into the matter, the matter is so sensitive that we would not like to be in a hurry to issue any statement, but we have dispatched senior staff to find out what has happened”.

African Examiner learnt that the late student , who got to school late on that fateful day of her death, was asked by a soldier to “frog jump” severally , until she got exhausted, collapsed, and died.

Our Correspondent gathered that  while the state government is making frantic efforts towards unravelling the cause of the death,  father of the deceased , Mr Hyginus Ekezie,  has said that his family has decided to let the matter be.

Speaking with newsmen at his  family residence in Ama Oso, Umuagwo in Ohaji/Egbema Council Area of the State, he said that he decided to forgive the killer of his daughter after due deliberations with his kinsmen.

“There is no point talking about this issue again, we have decided to allow peace to reign, we have forgiven anybody who might be involved in the death of our daughter, God knows best.”

He disclosed that “I sat with my kinsmen and they told me to forget all that have happened,”, adding that a delegation of the Army had already visited his family to pay sympathise with them.