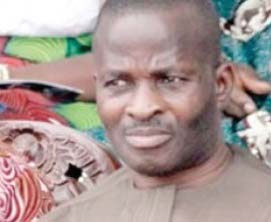 Investigation by African Examiner revealed that the sack move may not be unconnected with his ongoing romance with the Deputy Senate President, Ike Ekweremadu, who has been at logger head with the state Governor, Sullivan Chime.

Our Correspondent gathered that the troubled DG ran into trouble waters due to his speculated Senatorial ambition for Enugu Eastern district, a position also eyed by Chime’s Chief of staff, Mrs. Ifeoma Nwobodo.

The 22 legislators who signed the impeachment notice equally claimed that by “a resolution of the Enugu State House of assembly at its plenary on Tuesday 12th February, 2013, the house had prohibited the maintenance and operation of a commercial livestock and poultry farms within residential neighbourhoods in Enugu Metropolis in promotion of public health standards.

The members alleged that despite the said resolution, the Deputy Governor continued to maintain and operate a commercial poultry farm within the premises of his official residential quarters and refused to implement directives of the relevant officials of the government who visited his official premises to monitor compliance to the said resolution.

The impeachment notice read in parts: “consequent upon the intimidation of the relevant officials of the government by the Deputy Governor in respect of the matter aforesaid, the governor of Enugu State (herein after referred to as “ the Governor via letters with reference numbers : GHE/CAO/31/239 and GHE/CAO/31/240 dated 24/12/2013 and 27/12/2013 respectively, directed the Deputy Governor to relocate the commercial poultry farm out of the premises of his official residential quarters , which is also within the general premises of the government house Enugu and adjacent to the Governor’s office.

“The Deputy Governor further defied the directive herein and in most discourteous manner and in utter disregard of the office of the governor, responded via his letter dated 8/1/2014, insisting that he would not relocate his commercial poultry farm from the premises of his official residential quarters.

“When the government through the appropriate Ministries and departments relocated the birds and cleared the premises of the noxious stench emanating there from, the Deputy Governor wrongfully deployed the resources and powers of his office as deputy governor to invite the press and openly castigated the government and her officials, thereby impugning and denigrating the authority and office of the governor and embarrassing the government.”

The lawmakers also alleged that the Deputy Governor has refused and failed to carry out and perform the functions of his office as directed by governor in pursuant to section 193(1) of the constitution, without any excuse.

“The deputy governor persists in his defiance of lawful directives issued to him by the governor” and this has affected smooth running of the government of the state.

The legislators also accused the embattled DG of insubordination, citing a case in March, this year, when he was directed by the Governor to represent him at the flag off ceremony of the 2nd Rivers Niger Bridge in Onitsha by President Good luck Jonathan, but he declined.

Meanwhile, African Examiner learnt through a close source to the troubled Onyebuchi who does not want his name in print, said was already considering resignation option, so as to save himself from impeachment embarrassment.

The House is expected to reconvene on Thursday for further action on the notice.