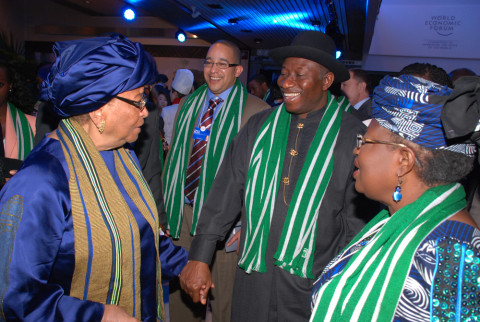 President Goodluck Jonathan has said that African governments must accord the highest possible priority to promoting inclusive economic growth on the continent to avoid problems associated with poverty and financial equality. 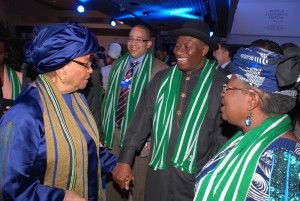 Speaking on Wednesday, January 22, 2014, during a televised debate at the World Economic Forum taking in place in Davos, Switzerland, President Jonathan said that his administration was already doing a lot to enhance inclusive growth in Nigeria through policies and programmes that focus on wealth creation rather than poverty alleviation.

Asked to rank the current importance of inclusive growth in Africa on a scale of one to ten, President Jonathan and all the other participants in the debate which had “Africa’s Next Billion” as its theme agreed that it deserved a ranking of ten.

“Economic inclusion is very important and we are already taking necessary steps to improve financial inclusion in our country. Transforming our agricultural sector is one way in which we are doing so.

“We are doing all that we can to transform agriculture in Nigeria into a much more productive and job creating sector. We are also working to create more inclusive wealth through better education, skills acquisition programmes and policies that encourage the addition of value to our primary products before exportation,” President Jonathan said.

The President said that with Africa’s population projected to exceed two billion persons by the year 2050, wealth creation and job creation must remain at the top of the continent’s developmental agenda.

President Jonathan, President John Mahama of Ghana, Alhaji Aliko Dangote and other participants in the debate agreed that the objective of achieving more inclusive economic growth will be better served if African leaders took more positive action towards boosting intra-African trade, saying that the current situation in which only eleven per cent of Africa’s total trade takes place within the continent is unacceptable.

The President said that African leaders must do everything possible to remove all impediments to trade amongst African countries including inadequate air and ground transportation links between their countries.

Contributing further to the debate which focused on actions and measures that need to be taken by African countries to sustain their currently positive economic growths in the face of changing demographics, President Jonathan said that all stakeholders in the continent must continue to work for greater security and political stability which are prerequisites for sustained socio-economic development.

“Security and political stability are key to development. Investors will not come to any country that is insecure or politically unstable. Happily, many African countries now enjoy political stability. It is a major reason for the positive economic growth rates which we are now witnessing on the continent and we must continue do our best to maintain and expand the frontiers of political stability on our continent,” President Jonathan said.

He also said that while Africa’s private sector must play a greater role in driving economic growth on the continent, governments must remain proactively engaged in evolving and implementing policies that will enable businesses to thrive and create more wealth on the continent.

Speaking to journalists after the debate, President Jonathan said that the World Economic Forum on Africa which will take place in Abuja in May this year will provide   a great platform for further exhibiting the immense economic potentials of Nigeria and the West African sub-region to the world’s leading investors and companies.