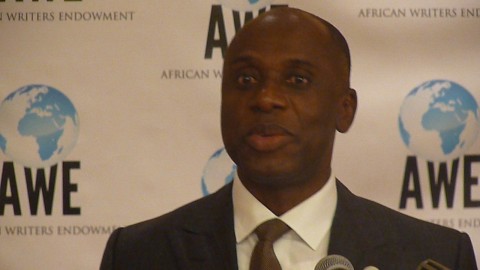 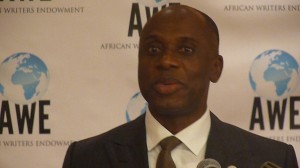 While receiving the award, Governor Amaechi challenged Nigerians to demand accountability and transparency from their leaders noting that “the people are the core determinants of the dynamics of every society.”

He further added, “it is commonplace to hear in Nigeria that ‘our votes don’t matter’, but I tell you that through constant participation and insistence on transparency and accountability in the electoral process, the people can eventually have their way and the system has no other choice but to be straightened out.”

The high point of the event was a dazzling cultural display and goodwill messages by Nigerian-American professors who described Governor Amaechi as an achiever whose achievements in the state qualify him for the Quintessence leadership award.

Earlier in the day, the Rivers State Government unveiled Port Harcourt as the UNESCO World Book Capital 2014, the nomination the city won having defeated famous cities like Oxford and Moscow.

Rivers State Commissioner for information, Mrs Ibim Seminatari, said the presentation was one of the series of events to usher in the 2014 dateline when Port Harcourt will become UNESCO 2014 World Book Capital city.

Felicitating with the River State government, Prof Wole Soyinka, Nobel Laureate for Literature in 1986, Goodwill Ambassador and Member of the High Panel for Peace, UNESCO who sent his message through Dr Yemi Ogunbiyi said:

“For us in the Book World, still basking in the glow of a Nigerian city bestowed with the honour of the World Book Capital for 2014, this is a much-deserved recognition.

“It would have given me enormous satisfaction to be able to be present and to share this moment – unfortunately I cannot. On behalf of my fellow writers and other partakers in the literary pursuit, Hearty Felicitations.

“We look forward to next year in Port Harcourt, a historic capital city festooned with the written word with all its spiritually liberating manifestations.”