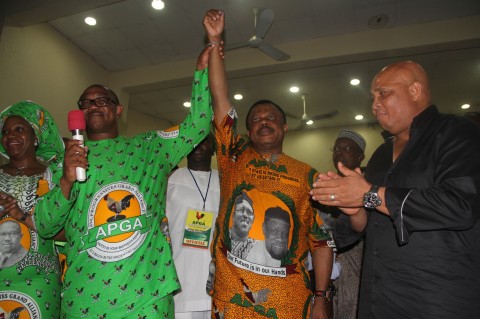 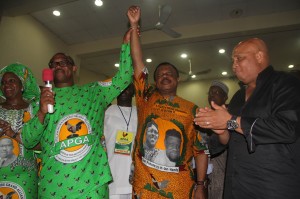 To emerge winner, Obiano, polled a total of 180,178 votes to defeat other contestants at the end of both the 16th and Saturday’s 30th November supplementary polls held in 210 polling units in 16 council areas of the state  .

Declaring the APGA flag bearer winner in the early hours of Sunday, the returning officer for the election and Vice Chancellor, University of Calabar, (UNICAL), Professor James Epoka, said Obiano scored the majority votes as required by law.

He said: the APGA candidate scored 25% of the total votes cast in 2/3 of the 21 local government areas as required by law.

From the available results, the APGA candidate, won in 17 out of the 21 council areas of the state.

” Chief Willy Obiano of APGA, haven satisfied the requirement of the law and score the highest number of votes is hereby declared winner and returned elected.”

Reacting to the development, elated National chairman of APGA, chief Victor Umeh , who was also the party’s agent for the election, had commended INEC for staging a transparent and peaceful election.

He however, noted that the election was won and lost on 16th November, despite the cancellation of  the exercise in some local government areas which led to the conduct of supplementary polls today. Saturday, 30th, November.

According to Umeh, “this is the third time APGA is winning the governor election back to back in Anambra state.