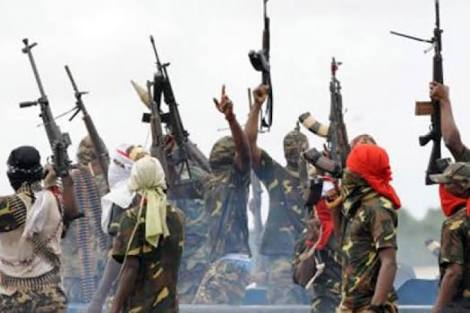 The Federal Government on Tuesday assured the people of the Niger Delta that the on-going efforts aimed at addressing the issue of insecurity were not cosmetic but intended to achieve enduring peace and stability in the region.

He was accompanied by the Special Adviser to President Muhammadu Buhari and Coordinator of the Presidential Amnesty Programme, Gen. Paul Boroh (retd).

Kachikwu said the Federal Government was committed to “a financially driven and economically motivated pattern” of resolving security concerns and development in Bayelsa and the entire region.

The Minister appealed to the Niger Delta agitators to embrace dialogue for the common good of all stakeholders, noting that oil as a God-given resource was endowed in the region to unify the people of the country.

Also speaking, Boroh described the on-going peace initiative as all-encompassing as it is designed to engage all stakeholders including fishermen in the creeks in terms of information gathering and dissemination towards achieving “a seamless and peaceful Niger Delta.”

In his his response, Governor Seriake Dickson commended the Federal Government for its approach in building consensus towards proffering lasting solutions towards ending insecurity in the Niger Delta.

He stated that the there were “no military wars to be fought in any community in the Niger Delta with armoured tanks and bullets but that of development, peace and prosperity.”

“But there are wars to be fought nevertheless. Those wars are wars of development, peace and stability and prosperity. Wars to conquer and reverse the degradation that has been done to our environment. Those are the challenges that call for collaborative efforts”‘ Dickson added.

The Governor who reiterated the call for multinational oil companies to establish their corporate offices in Bayelsa State, said the move would assist to boost the local economy through the payment of appropriate taxes and levies.

While lending his voice to the call on the Niger Delta agitators, community leaders and other stakeholders to embrace peace across the region, he added that the people have a responsibility to ensure that the current peace initiatives succeed to engender development in the area.