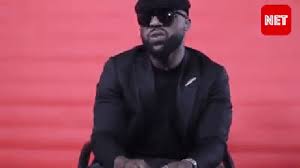 Iyanya made the confirmation Wednesday during an interview on Lagos based Radio Station, Beat FM and monitored by AFRICAN EXAMINER.

He disclosed that he has signed with another company, Temple Music.

While revealing his switch to another firm, the musician clarified that his exit from Don Jazzy owned Marvin label was not a beef, saying he had stayed with the organization, but now, ”it was time to move on”.

It would be recalled that Iyanya joined Mavin in October 2016.