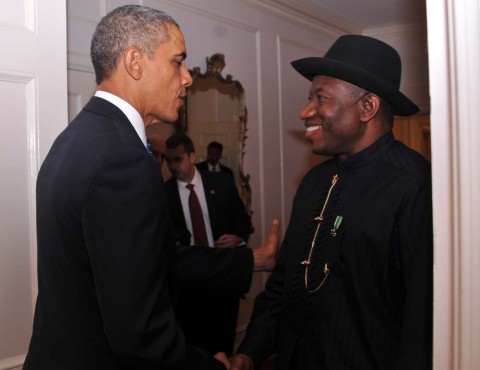 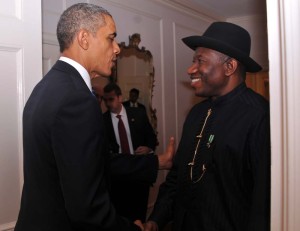 President Goodluck Jonathan Tuesday in New York made a strong case for Nigeria’s election to the United Nations Security Council.

Addressing the world leaders and other delegates at the opening of the 68th Session of the General Assembly of the United Nations, President Jonathan declared that Nigeria’s commendable performance on previous occasions when it held a non-permanent seat on the security council, should assure the global community that the country deserved to be elected to the council again for the 2014-2015 session.

“Our support for the United Nations Security Council in its primary responsibility for the maintenance of international peace and security has been total and unwavering.

“We have, in previous membership of the Council, demonstrated both the political will and capacity to engage in key Council responsibilities.

“I am pleased to state that Nigeria has received the endorsement of the Economic Community of West African States and the African Union.  We therefore urge this august Assembly to endorse Nigeria’s candidature for a non-permanent seat on the Security Council,” President Jonathan said in his address to the General Assembly.

The President also called for faster action towards the democratisation of the Security Council, saying that Nigeria and other developing countries were concerned about the lack of progress in the reformation of the United Nations.

“I believe that I express the concern of many about the slow pace of effort and apparent lack of progress in the reform of the United Nations, especially the Security Council.  We believe strongly, that the call for democratization worldwide should not be for States only, but also, for International Organisations such as the United Nations.

“That is why we call for the democratization of the Security Council.  This is desirable for the enthronement of justice, equity, and fairness; and also for the promotion of a sense of inclusiveness and balance in our world,” President Jonathan said.

Noting that the world continues to be confronted with many serious challenges, President Jonathan called for a renewed and concerted effort by the international community to effectively resolve all issues that currently impede global peace, stability and progress.

“Our world continues to be confronted by pressing problems and threats.  No statement that will be made during this Session can exhaust the extent of these problems.  The world looks to us, as leaders, to provide hope in the midst of crisis, to provide guidance through difficult socio-political divisions, and to ensure that we live in a better world.

“We have obligations to the present generation, but we have a greater obligation to generations yet unborn who should one day inherit a world of sufficiency irrespective of the circumstances of their birth or where they reside on the globe.  We must work to make that world a reality in recognition of our common heritage.

“We must dedicate ourselves to working together to address global, regional and national challenges and deliver a more peaceful, equitable and prosperous world for all.  It is our duty.  We must not fail”,” President Jonathan declared.

The President also restated his called for the international community to confront the menace of global terrorism with greater resolve and determination.

“Terrorism constitutes a major threat to global peace and security, and undermines the capacity for sustained development.  In Nigeria, the threat of terrorism in a few States in the North Eastern part of our country has proven to be a major challenge to national stability.  We are therefore confronting it with every resource at our disposal with due regard for fundamental human rights and the rule of law.

The reign of terror anywhere in the world is an assault on our collective humanity.  Three days ago, the stark reality of this menace was again brought to the fore by the dastardly terrorist attack in Nairobi, Kenya. We must stand together to win this war together,” President Jonathan said.

“The importance of this Committee’s assignment cannot be overstated. For the post-2015 development agenda to be realistic, it must be backed by a robust financing framework which I hope will receive the strong backing of our Organisation’s more endowed members,” he said.

President Jonathan congratulated UN member-states on the adoption of the Arms Trade Treaty.

“Our hope is that upon its entry into force, the ATT would herald an era of accountable trade in conventional arms which is critical to the security of nations,” the President said.

He condemned the reported use of chemical weapons in the Syrian crisis and welcomed current diplomatic efforts to avert a further escalation of the crisis in the country.

President Jonathan also urged world leaders to adopt measures and policies that will promote nuclear disarmament, protect and renew the world’s environment, and push towards an international system that is based on trust, mutual respect and shared goals.