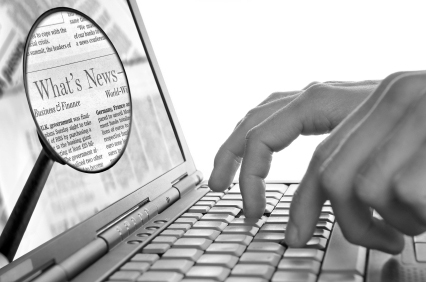 The Minister of State for Works, Prince Adedayo Adeyeye, has said the future of journalism belongs online.

Adeyeye said based on the realisation, the time had come for professionals to take over online journalism from quacks and blackmailers.

Adeyeye spoke when he received the executive and members of the Guild of Corporate Online Publishers, a group of former Editors from the print media who now own online publishing outfits, in his office in Abuja on Monday.

According to a statement by GOCOP on Wednesday, the Minister was quoted as having said: “It is far easier to read now online, especially when one is on the move.

“I get story alerts on my phones and iPad.”

Adeyeye said despite the fact that he gets daly supply of print editions of newspapers, there was hardly time to sit down to read them, adding: “This is happening to a lot of people at the top level.

“The social media has also made it easier.”

Adeyeye said the formation of GOCOP was coming at the right time when the issue of addressing the menace of quacks and non-professionals claiming to be online publishers has become paramount.

He commended members of the association for deeming it fit to come together to save the journalism profession.

Adeyeye, who had in the 1980s and 1990s worked as a journalist, including at the top level in Punch newspapers, said: “You have come in at the right time.

“The association is now quite relevant.

“You should be the conscience of the profession online by ensuring that damages are not done to the reputation of people by those who feel they can publish whatever they want and get away with it.

“It is good to regulate the industry.

“Though it will be a difficult task, the association should make an attempt to regulate, have a code of conduct and set up ethical codes.

“That way, we can do away with Boko Haram reporters.”

Earlier, the President of GOCOP, Malachy Agbo, had told the Minister that the association was in his office to intimate him of the existence of GOCOP and its objectives.

Agbo, the Publisher of The Citizen Online, said GOCOP was formed with the aim of encouraging online publishers to align themselves with the basic code of conducts of journalism as it obtains in the print media.

He said with members of GOCOP belonging to the Nigerian Guild Editors, it is taken that the operating standards of the NGE becomes the minimum acceptable for anyone who wants to belong to the association.

He said this was why the basic requirements for membership of GOCOP included having not less than 10 years quality experience in journalism, a physically verifiable office and provision of basic information such as office addresses, names of the publishers and contacts persons and telephone numbers on the news websites of members.

Agbo said: “What we are striving to achieve is to go past the era of hit and run journalism online.

“It is now not just enough for you to label yourself a journalist just simply because you have a laptop and internet connection and you begin to run down people without adhering to the basic rules governing journalism.”