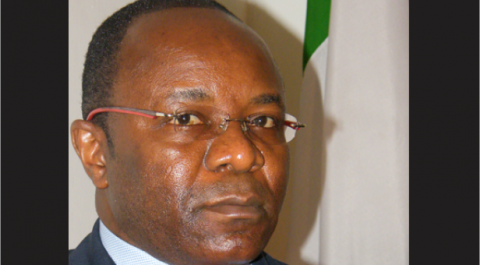 In a leaked memo dated August 30, 2017 and titled Matters of Insubordination and lack of adherence to due process perpetuated by the GMD NNPC, Baru, Mr Ibe Kachikwu accused the GMD of bypassing him and the NNPC Board in key contract decisions and appointments.

“In most of these activities, the explanation of the GMD is that you are the minister of petroleum and your approvals were obtained. However, the correct governance should be that the Minister of State and the Board review the transaction and give their concurrence prior to presentation to you.” He explained.

Kachikwu also informed the president that “the following major contracts were never reviewed by or discussed with me or the Board of NNPC:

He also accused GMD Baru of making appointments and reorganisation without his (Kachikwu) inputs or that of the NNPC board.

Kachikwu prayers in the memo were: That the president should call the GMD to order in order to save the corporation and the oil industry from collapse; That the president instruct the GMD to always comply with due process and to involve him in key decision making at the NNPC; He asked the president to order suspension of Mr Baru’s recent re-organisation changes until the NNPC board, him and  Baru have made relevant inputs.

Other prayers are: He suggested that the president should call for a joint presentation of reports by minister of state, NNPC and other head of parastatals so as “to encourage working together and implant discipline in the hierarchy.”

In his reaction to the leaked memo, Mr Kachikwu who did not deny the memo rather expressed disappointment that normal confidential and procedural correspondence sent to president could be made public

His reaction is contained in a statement by Idang Alibi, Director of Press, Ministry of Petroleum Resources.

“It is most distressing to the ministry of petroleum resources that a confidential communication to the President on the performance of one of its parastatals can be made public.

“The focus of the communication was on improving efficiency and deepening transparency in the oil and gas sector for continued investor confidence.

“It is noteworthy that the President has been fully supportive of the efforts of the Ministry to entrench good governance and accountability in the oil and gas sector.

“The Ministry of Petroleum Resources remains focused on achieving measurable progress in the implementation of the ongoing oil sector reforms in line with the mandate of the President.” the statement stated