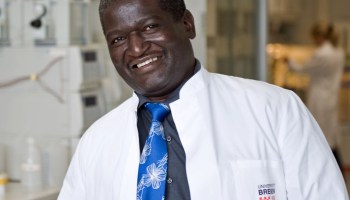 (AFRICAN EXAMINER) –  Amidst controversial moves to sack primary school teachers in the state, the Commissioner for Education in Kaduna,  Prof. Jonathan Andrew Nok, has reportedly died.

Details of the cause of the death of the late Commissioner is still sketchy as at Tuesday morning and according to report, late Nok died at age of 55.

He was formerly appointed as the Commissioner of Health and Human Services; but later as Commissioner for Education by the incumbent Governor Nasir el-Rufai.

Late Nok was a Professor of Biochemistry at Ahmadu Bello University ABU, Zaria formerly the Dean of the Faculty of Science of the University.

Recall that Kaduna state governor, Mallam El’Rufai has vowed to sack many teachers in the state because they failed knowledge tests recently conducted for them by the state government.