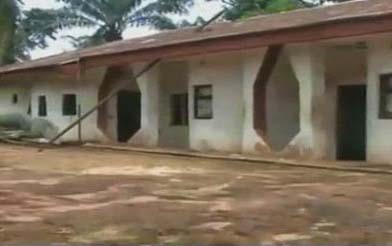 By Ignatius Okpara, Owerri – Resident of Eg­belu Nguru com­munity in Ngor Okpala Council Area of Imo State are now living in perpetual fear and apprehension, following alleged invasion of the area by suspected kidnappers and rapists.

AFRICAN EXAMINER gathered that the development had made some of the villagers to flee the community, especially young girls.

Our Correspondent also learnt that the hoodlums have turned the community to their operational base as there is no week in recent times, without reported cases of kidnapping, and female victims being raped by the criminals.

It was equally learnt that the hoodlums had even overwhelmed the local vigilante group and the police in the area as they carry out their unholy act with impunity.

Indigenes of the community who staged a protest Friday over the ugly development, lamented that they now live in constant fear as the crime rate in the community is now becoming alarming on daily basis.

A villager who did not want to be quoted in print for fear of uncertainty, said activities of the hoodlums had left them in persistent fear, while they always sleep with one eye opened.

He said: “Crime occurs almost on daily basis in the community, including kidnapping and raping”

Other villagers who spoke to newsmen blamed the Police for not doing enough to arrest the criminals most of whom they alleged were well known to them.

They therefore, appealed to the state Governor, Rochas Okorocha, to safe the community from the antics of the hoodlums.