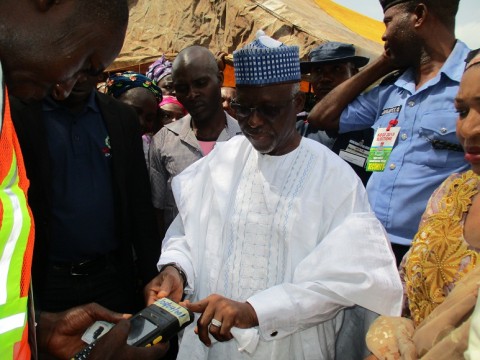 The last Kogi Governorship poll held Saturday, November 21, 2015 with the ruling APC candidate, late Prince Abubakar Audu in a clear lead, but died the following day, Sunday, November 22, 2015, while INEC later in the day declared the exercise as inconclusive.

The former Governor is praying the Tribunal that having emerged the first runners-up of the November 21 poll, to sack Governor Bello and returned him as the valid winner.

In the substantive election, late Audu of the APC polled a total of 240,857 votes as against 199,514 votes which the petitioner polled.

The PDP candidate argued that Bello who polled 6,885 votes in the ‎December 5 supplementary election could have garnered 240,857 votes recorded by the original party flag bearer Audu, in the November 21 election.

Justice Halima Mohammed who led the three-man lower panel Tuesday held that the petition jointly filed by Wada; his running mate; Sunday Awoniyi as well as their party, the PDP, lacked merit.

The lower court earlier in its ruling struck out the plaintiffs’ petition and upheld the notice of preliminary objection raised by Governor Bello, his party and INEC against the petition.

She ruled that the petitioners lacked locus standi to challenge the nomination of Bello as the APC candidate in the election. The panel also held that there was no merit in the entire petition to support the prayers it sought against the sitting Governor.

On candidates’ nomination, Justice Muhammed held that the nomination and sponsorship of Bello as the governorship candidate of his party was strictly a party issue.

The court affirmed that neither the petitioners, the tribunal, nor any other person who did not participate in the primary of the party ha‎s the constitutional right to query the validity of the party candidates’ nomination.

The court supported its ruling stating that since Governor Bello contested in the August 29, 2015 primary of his party and emerged as the first runner-up, his substitution due to Audu’s death, was valid in the face of the law.

Citing reference from the Supreme Court, Justice Mohammed held that the votes recorded in the November 21 election belonged to the various political parties.

It would be recalled late Audu’s running mate, Hon. James Abiodun Faleke, Monday also lost in his petition, which is challenging Governor Bello’s substitution by APC and his return by INEC as the duly elected Governor.