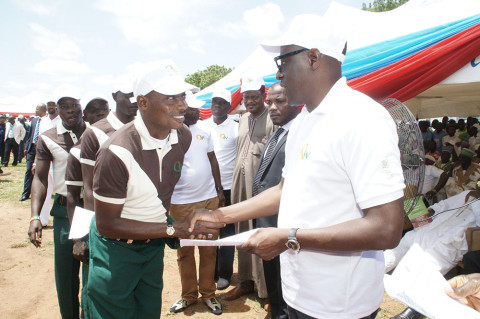 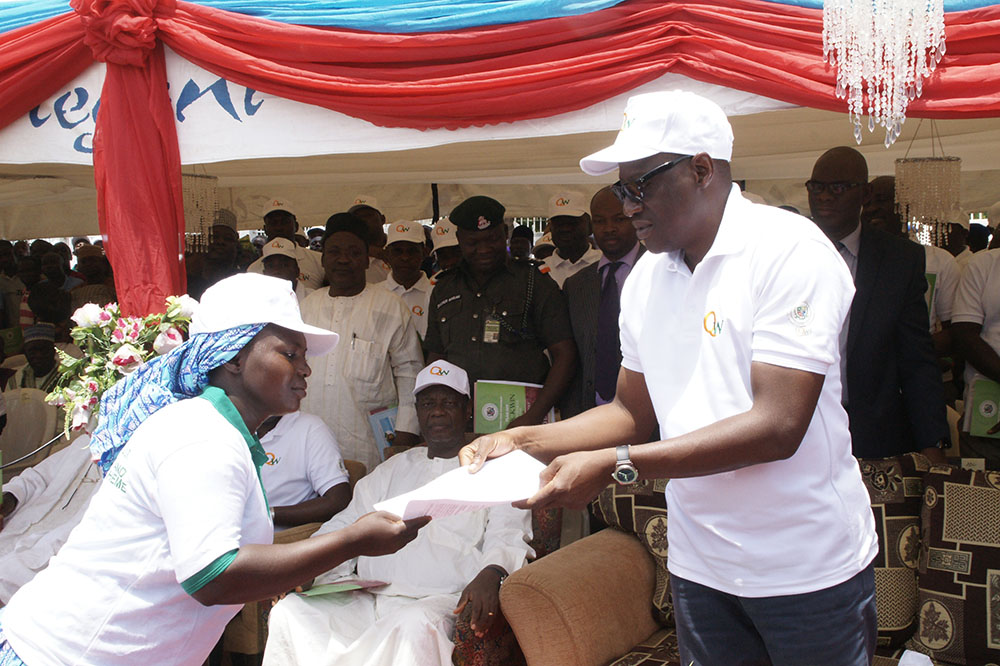 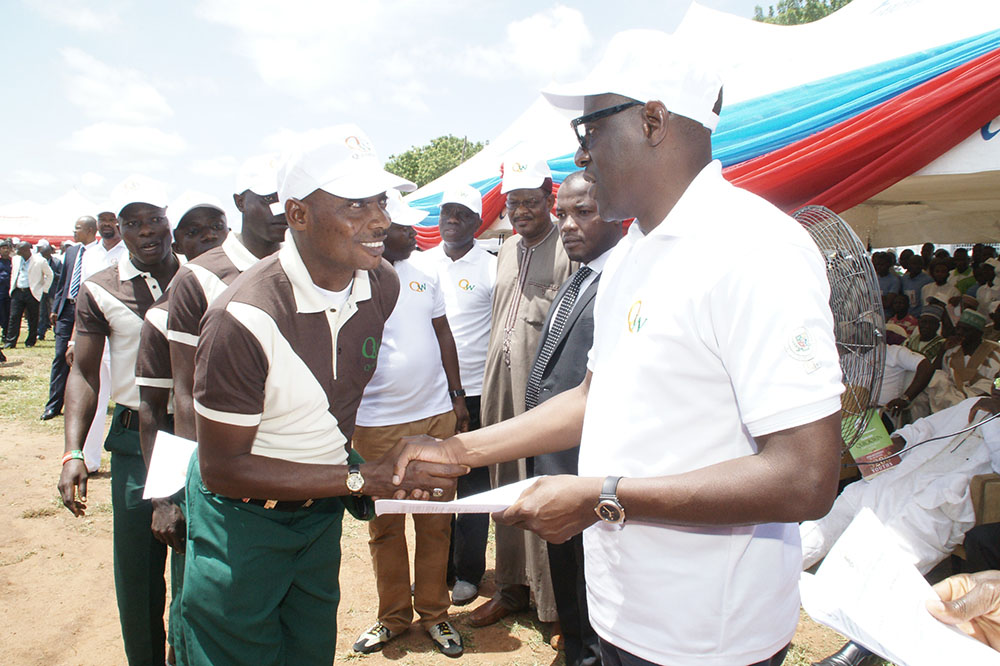 Kwara State Governor, Dr Abdulfatah Ahmed on Monday flagged-off the Quickwin Empowerment Scheme with the employment of an initial 5200 youths. Pix shows Governor Ahmed presenting letters to some of the beneficiaries

The presentation of lettor of appointment was held in Government House, Ilorin to mark Democracy Day. 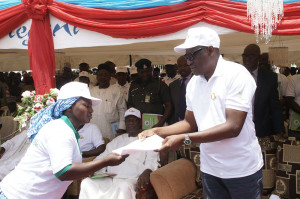 Kwara State Governor, Dr Abdulfatah Ahmed on Monday flagged-off the Quickwin Empowerment Scheme with the employment of an initial 5200 youths. Pix shows Governor Ahmed presenting letters to some of the beneficiaries

Gove Ahmed said that his administration has employed 10,200 youths since its inception and would engage an additional 3,000 by the end of the year.

The Governor stated this at the official launching of Quickwin Empowerment and Employment Scheme, where he

The governor noted that the flag off of Quickwin was meant to arrest youth unemployment and prioritize empowerment.

He explained that the employment of the 5,200 youths in various fields was out of the urgent need to empower the largest component of the population, as this was the founding principle of the Quickwin programme.

He said that apart from youth empowerment schemes; the Government has boosted entrepreneurship with the provision of 640million Naira in revolving credit to 41,000 SMEs and structured skill acquisition centres for the benefit of the youths.

He noted that to underline this scheme’s importance and ensure its sustenance, Government has set aside 2.4billion Naira to fund the scheme for the next one year while 164million Naira has already been expended on the newly created Environmental Corps and an enhanced Kwara State Road Traffic Management Agency (KWARTMA).

Earlier in his remark, the Chairman, Quickwin Empowerment and Employment Scheme Committee who is also secretary to state, Isiaka Gold, stated d that the enlisted 5,200 youths had been segmented into the clean and green, entrepreneurial, environmental corps, KWABES and KWARTMA.

Mr Gold disclosed that 200 youths would be employed on monthly basis until the end of the year, with a view to curbing youths’ restiveness in the state.

Some of the beneficiaries lauded the Government for the employment which they believed would reduce unemployment in the state.

The highpoint of the occasion was the presentation of 6 Hilux vehicles, 2 fire fighter vehicles, 2 18-seater buses, and 1 towing vehicle among others to enhance the productivity of the scheme.