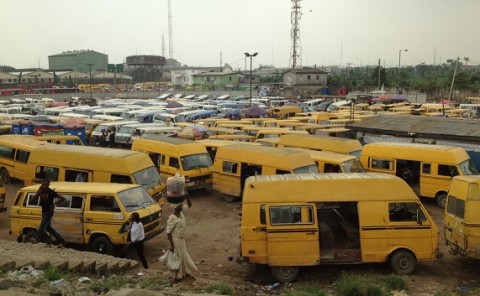 The Lagos State chapter of the All Progressives Congress, APC, has thrown its weight behind the enforcement of the section of the traffic law which restricts commuter bus drivers (Danfo Drivers) from driving for more than eight hours daily. 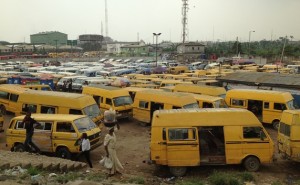 The Lagos State Government had said that from next year, it would begin enforcement of part of the traffic law restricting commercial drivers to only eight hours of work daily.

The Interim State Chairman of the party, Otunba Henry Ajomale, who made this known at a press conference held on Thursday at the APC Secretariat, Acme Road, Ogba, Lagos also commended the Lagos State Government for the reintroduction of uniforms and badges for all danfo drivers and their conductors.

Ajomale, who was represented by Funsho Ologunde said that the rule is clearly stated in section 44, paragraph 2 of the Road Traffic Law, 2012, which implied that drivers of danfo and other buses shall operate a shift schedule.

He recalled that before the law was passed, danfo drivers usually operated from 6a.m. to 12 noon, 6 hours (morning duty), 12 noon to 7p.m, 9 hours (afternoon duty) and 7p.m. to 10p.m, 3 hours (night duty) as recently confirmed by the state chairman of the National Union of Road Transport Workers, NURTW, Alhaji Tajudeen Agbede.

Ajomale said further that section 44(2) of the Road Traffic Law was enacted to formalise what had hitherto been the convention among members of the NURTW in the state.

“Some mischief makers have gone to town with falsehood that, at the end of the first eight hours each day, there would not be any danfo on the road to transport commuters. This is utter falsehood.

“The APC urges everyone to ignore the lies, but face his/her legitimate duties, as the APC government in Lagos State is a focused, people-oriented administration that is irrevocably committed to the improvement of citizens’ welfare.

“The APC commends the re-introduction of uniforms and badges to all danfo drivers and conductors, and urges them to embrace attitudinal change that would make both innovations successful. The APC enjoins all citizens to see the enforcement of the quoted sections of the Road Traffic Law (2012)  as a desire to make life better for everyone,” he said.