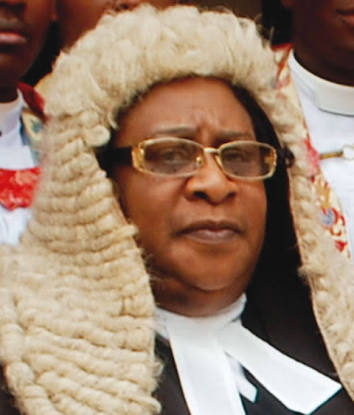 LAGOS, NIGERIA (AFRICAN EXAMINER) – The Lagos State House of Assembly on Thursday confirmed the appointment of the immediate past Chief Judge (CJ) of the state, Justice Ayotunde Philips as the Chairman of the State Independent Electoral Commission (LASIEC).

Justice Philips’ appointment, which was confirmed during plenary, followed her nomination by the State Governor, Mr. Akinwunmi Ambode through a letter sent to the House few weeks back.

The Clerk of the House, Mr. Sanni Azeez was subsequently ordered to communicate the confirmation of the appointment to the Governor through a letter.

Justice Philips, who was invited to the House to defend her nomination, said during plenary that she was prepared for the job, stating that this would halt her retirement, which she had enjoyed for some time now.

Some of the lawmakers, who contributed during her appearance, observed that she served the State meritoriously during her tenure as the Chief Judge of the State.

The Speaker of the House, Rt. Hon. Mudashiru Obasa then told Justice Philips that the job would require her to go round the State unlike, when she was the CJ.

“You will now need to visit all the Local Government Areas in the State during the registration for the election and during the election proper. You must be ready to do the job as required so that we could have a free and fair election. We count on you since you were successful during your tenure as the Chief Judge,” he said.

Answering questions from the Speaker if it was possible to start speaking Yoruba Language in the State’s courts, Justice Philips said that would be impossible as some of the people who come to the courts would not understand the language.

“Some of the people, who come to the court do not understand Yoruba Language and when you start speaking Yoruba in the court it would be a ground for appeal for someone, who does not understand the Language,” she said.