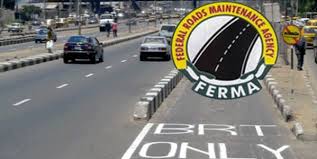 This was brought to the floor of the House by the Majority Leader, Hon. Sanai Agunbiade in a motion, saying that it was the federal agency, which has an annual budgetary allocation to maintain and rehabilitate federal roads in each state of the federation.

According to the motion, the Lagos State Public Works Corporation (LSPWC) had carried out several degrees of rehabilitation activities on 17 federal roads in the state.

Sanai stated that the LSPWC attempted to rehabilitate two other federal roads on Ahmadu Bello Way and Mile 2 inter-change, but that the Corporation was prevented from embarking on the rehabilitation by FERMA on the claim that the roads are federal roads under its purview.

He urged Governor Akinwunmi Ambode to demand for reimbursement or refund from the federal government all the monies expended by the state government on all federal roads so far rehabilitated and which monies are yet to be refunded to the state.

Sanai appealed to President Muhammadu Buhari to urgently investigate the activities and funding of the Federal Road Maintenance Agency in the state in the last eight years.

He also urged the Lagos State caucus at the National Assembly to commence mobilisation, both at the upper and lower chambers, for the request of Lagos State to be granted the special status it deserved with all the benefits as a former Federal Capital and current economic nerve centre of Nigeria.